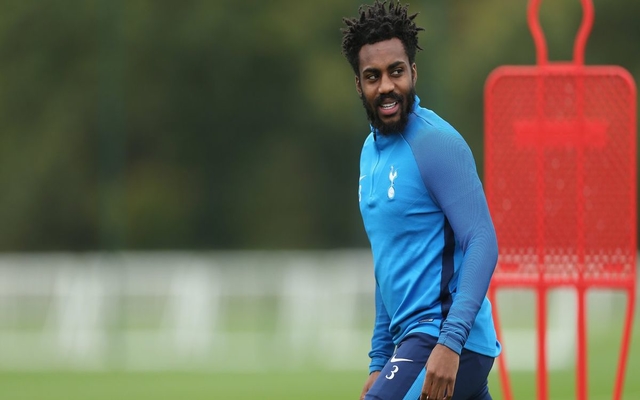 Man Utd boss Jose Mourinho has been linked with making a move for Tottenham defender Danny Rose in the January transfer window.

Rose has just made his long-awaited comeback from injury as he’s made only three appearances for Mauricio Pochettino’s side so far this season.

However, the 27-year-old is still a target for Mourinho it seems, as The Sun report that United could look to make their move in the New Year in order to finally address their problems at left-back with Rose said to be keen on the idea of a move to Old Trafford.

Could Danny Rose leave Tottenham in January in favour of a Man Utd move?

Mourinho has had his troubles at left-back, as although Ashley Young in particular has done a commendable job filling in, Man Utd need a natural in that position to give them solidity and reliability both defensively and going forward.

Luke Shaw has struggled with injuries and poor form since he signed from Southampton, while the Sun claim that the 22-year-old could even be included in a swap deal for Rose.

Along with the likes of Daley Blind and Matteo Darmian, a stand-out option simply hasn’t presented itself to Mourinho, although it doesn’t seem to have affected them too adversely as they boast the best defensive record in the top flight with just five goals conceded in 11 league games.

It appears as though this is still an area that needs to be addressed for Man Utd though based on the speculation, as Rose would certainly add something extra with his improved defensive abilities and pace, energy and movement to offer width and an attacking outlet on the left to make them a more formidable outfit in their pursuit of major trophies.

In contrast, Tottenham will surely be desperate to avoid losing him, unless they like the idea of Shaw being included which would give Pochettino the chance to be reunited with his former Saints starlet.