Tottenham boss Mauricio Pochettino has received some unwelcome news as it’s claimed that Toby Alderweireld is set for a spell on the sidelines due to injury.

Spurs boast the joint-second best defensive record in the Premier League having conceded just seven goals in 11 games, with Alderweireld a major part in that having played in 10 of those outings.

In turn, to potentially lose him for an extended period of time would be a major blow for Tottenham, and as reported by The Express, that could be what they’re facing as the Belgian international is reportedly out until the New Year. 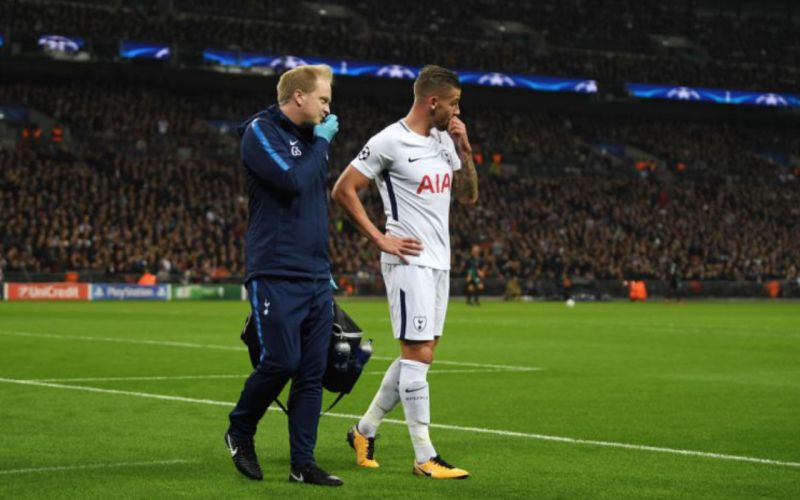 Pochettino confirmed the disappointing news himself, putting a similar timeline on the injury as he’ll now have to prepare his men for the north London derby against Arsenal this weekend without Alderweireld available and not back for a few weeks yet.

“Toby is out, we need to assess him,” the Tottenham boss said, as noted in the report. “We expect longer than we previously thought when the problem happened. Maybe after Christmas, that is the expectation. It will be longer. The injury is in his hamstring. He feels normal but he feels disappointed.”

Summer signing Davinson Sanchez will have a prominent role to play along with Jan Vertonghen, although depending on what system Pochettino opts to deploy in the weeks ahead, he could need another figure in his squad to step up too and form an important part of the backline.

It will no doubt be difficult to replace what Alderweireld offers given his experience and consistency as a major part of the team, but Spurs have dealt with injury setbacks to the likes of Harry Kane and Dele Alli already this season, and they’ll be hoping for more of the same.