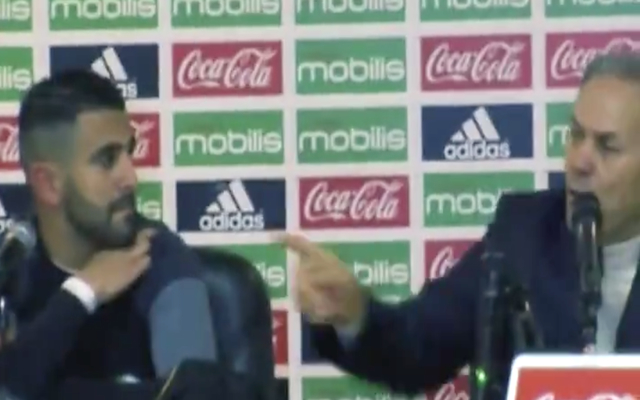 Algeria coach Rabah Madjer was a man on the warpath this week as he launched this astonishing attack on a journalist during a press conference.

While his side failed to qualify for the World Cup in Russia next summer, it appears as though Madjer didn’t take too kindly to a specific journalist asking Mahrez about the national team’s performances.

Stopping the Leicester City star from answering, his coach then went on a furious rant telling the journalist in question that he was the enemy of the national team before repeatedly telling him to shut up, as seen in the tweet below.

While Madjer is evidently getting some anger out that had been building up inside, specifically with this journalist who must have wound him up with his coverage of Algeria, it was a complete different story for Mahrez.

The Foxes winger looked in shock as he watched his national team coach go into beast mode, while it was a very awkward scenario for him as he waited for him to finish before the press conference could continue.

It remains to be seen what the consequences for Madjer are, if any, but it’s fair to say that Mahrez won’t be forgetting this press conference any time soon…