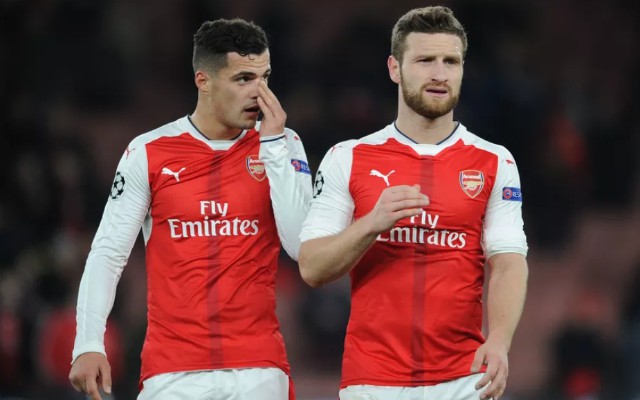 Arsenal midfielder Granit Xhaka gave a brilliant response when questioned about his disciplinary record after two red cards in his first season at Arsenal.

The Switzerland international was also no stranger to a sending-off at previous club Borussia Monchengladbach, but doesn’t seem too bothered by his record.

Speaking in an interview with the Guardian, Xhaka hit back at English football, saying he thought it was meant to be tougher over here.

‘I thought football in England was supposed to be a lot tougher,’ Xhaka said.

‘I accept the Burnley decision but not Swansea. I was more surprised than angry at first. I’ve always watched the Premier League and I think a lot of fouls that are whistled for today were not given in the past.’ 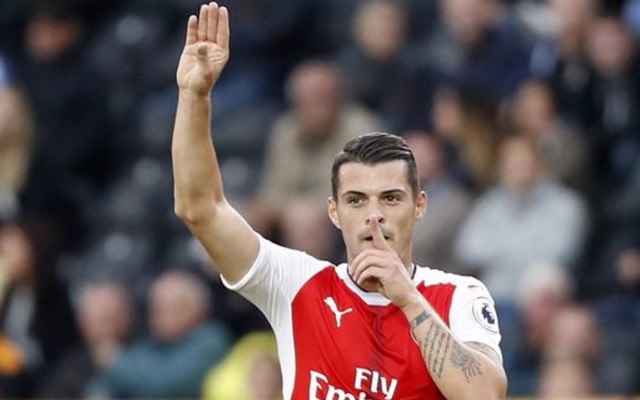 Arsenal’s Granit Xhaka has brilliantly hit back at his critics

Xhaka has largely disappointed since moving to Arsenal, with many expecting him to be more of a commanding presence in midfield.

However, the 25-year-old doesn’t appear to have fully settled into life in England yet, and holds the unwanted record of giving the ball away more than any other player in the top flight so far this season.

The Telegraph picked up on this stat this week, so it remains to be seen if Xhaka will continue to earn Arsene Wenger’s trust in that all-important central midfield role.