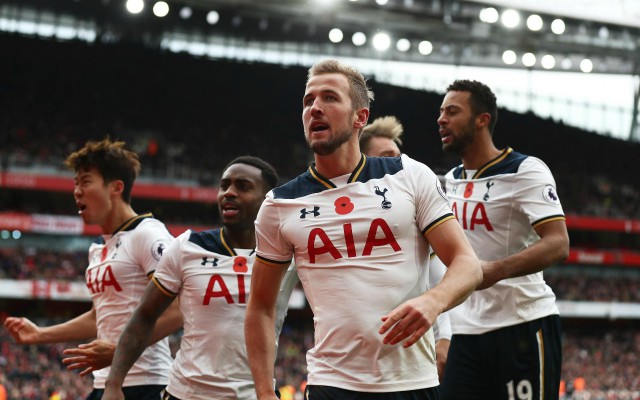 Arsenal host Tottenham for the first North London Derby of the season in today’s early Premier League kickoff, and there’s plenty at stake.

The Gunners suffered humiliation by finishing behind Spurs last season – something that had not happened for 22 years prior.

Arsenal will be out for revenge today, and despite a poor recent record against their neighbours, have the historic upper hand that suggests they could get back to winning ways this afternoon.

However, Harry Kane has a fine scoring record against Arsenal and has the chance to make history if things go his way today.

1) Tottenham have won just two of their last 32 away games (D13, L17) at Arsenal in the Premier League

They won there in 1993 and 2010, but apart from that their trips across north London have proven largely fruitless.

How often have we seen Spurs take the lead against Arsenal, only for the Gunners to somehow claw things back? Keep that in mind even if we do see Tottenham go in front at the Emirates today.

3) Arsenal are enjoying their longest winning run at the Emirates Stadium, with ten victories in their last ten home games

For all their troubles, Arsenal have at least turned the Emirates into a fortress again, and that’ll prove an extra hurdle for Tottenham to get past.

4) Tottenham have a poor away record against the big six under Mauricio Pochettino, with just one win in 17 (D6, L9)

Another thing counting against Spurs is their poor away record against the big six under Pochettino, who doesn’t seem to have cracked the big trips to places like the Emirates, Old Trafford, Anfield and Stamford Bridge, with his only win coming 2-1 away to Manchester City in 2015/16.

And you wouldn’t put it past him, would you? Harry Kane has an incredible record of six goals in the five North London Derbies he’s played, and has been all over teams away from home this season. That all points towards another healthy haul today, which would give him a special place in the Premier League record books.