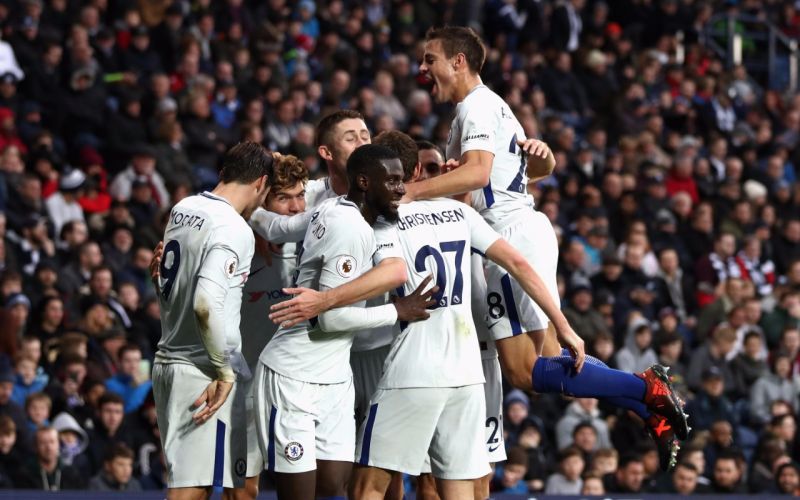 Chelsea strolled to an impressive 4-0 victory against West Brom with goals from Alvaro Morata, Eden Hazard and Marcos Alonso.

It was a near perfect performance from Chelsea who simply offered too much quality for West Brom to cope with. Alvaro Morata opened the scoring on the 17th minute after Ben Foster could only parry a shot from Eden Hazard into the path of the Spanish striker.

Hazard then went on to grab two goals himself with Marcos Alonso also registering a goal in between the two of Hazard’s strikes.

Tony Pulis walked down the tunnel at the Hawthorns after the final whistle to the sound of boos and chants of ‘Pulis out’ after the Baggies failed to cope with the pace and quality of Chelsea.

West Brom now sit in 17th place and could slip into the bottom three this weekend if West Ham pick up points away at Watford tomorrow.

When Eden Hazard is at his best he is simply magical. The Belgian was the star of the show at the Hawthorns today and he terrorised the West Brom defence from start to finish. Hazard was powerful with the ball, running directly at defenders at any given opportunity and his movement off the ball was too much for the Baggies to cope with.

Hazard’s first goal was the pick of the bunch and epitomised the link-up play between himself and Morata that is starting to earn the duo an impressive reputation. A ball into the feet of Morata from Cesc Fabregas was flicked on by the striker’s heel into the path of Hazard who slotted past Foster with superb composure. 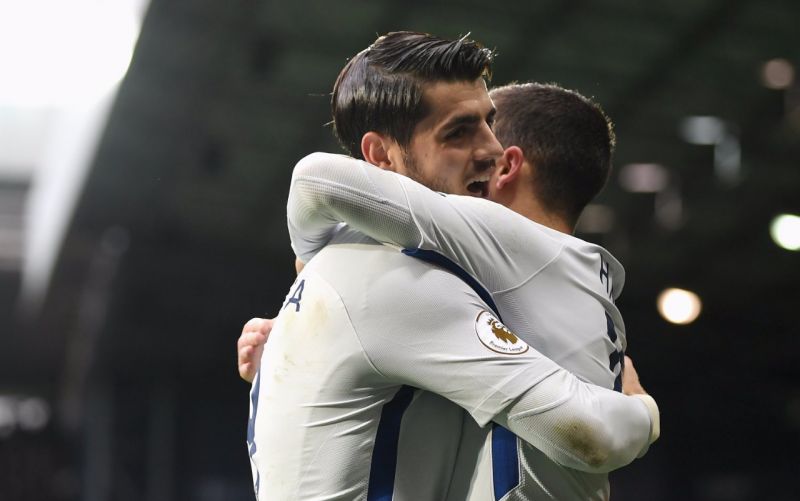 Hazard and Morata are developing a deadly partnership.

Claudio Jacob of West Brom was introduced at half-time to try and steady the West Brom defence but the only impressive feature from the Argentine was to miraculously avoid a red card. The defender could not cope with the pace of Hazard and the movement of Morata and inevitably received a yellow card on the 88th minute for a stupid challenge on Andreas Christensen. If the defender had been present for the whole 90 minutes of football he would have surely seen red.

Not bad for a boss that is apparently under pressure…

50 – This will be Antonio Conte’s 50th @premierleague game in charge of Chelsea, with the reigning champions winning more points (115) than any other side since the start of last term. Force.

Chelsea fans were obviously ecstatic to jump to second place in the league and many praised the impressive performance from duo Hazard and Morata. Not bad for a club apparently in a crisis…

Since he joined Chelsea, no defender has scored more Premier League goals than Marcos Alonso’s 9 in 43 games.

Morata and Hazard has got to be Chelsea’s plan for the long term. A partnership that hasn’t even hit its peak. #WBACHE

My man Alvaro Morata scoring goals for fun and making insane assists while being the most handsome man in the world. No man should have all that power.