Chelsea boss Antonio Conte will be fully focused on matters on the pitch, but reports claim the ground work is being done ahead of transfer moves in January to bolster his squad.

The reigning Premier League champions sit in fourth place in the standings after 11 games, nine points adrift of leaders Manchester City who look in ominous form which has established them as early title favourites.

However, Conte’s men can’t be ruled out yet as they showed last season that they’re capable of going on impressive winning streaks to really pile the pressure on their title rivals to keep up the pace.

Up until January, the Italian tactician will have to get the options currently at his disposal to put such a run together, but according to The Express, he could get new faces in January to give them a real boost.

Inter duo Antonio Candreva and Milan Skriniar are the two players that are said to be the subject of interest from Chelsea scouts when the Nerazzurri play Atalanta at the San Siro on Sunday night, with both potentially key additions in their own right. 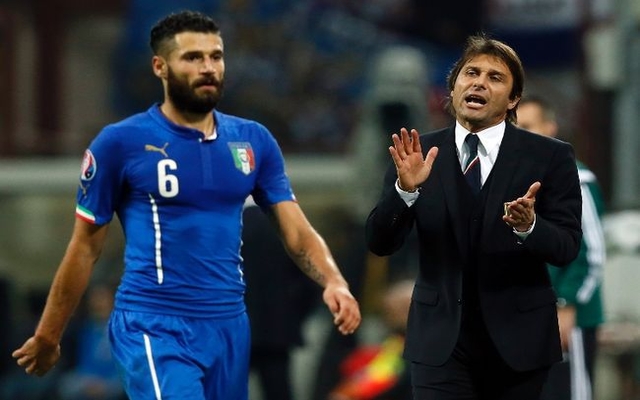 Could Candreva and Conte be reunited at Chelsea?

While Conte will know all about Candreva having worked with him during his spell in charge of Italy, Skrinar has proven to be a quality signing since his summer arrival from Sampdoria.

The 22-year-old Slovakian international has not only been a defensive rock in the heart of the Inter backline, but he’s also added two goals to his season’s work so far and looks to be a great signing for the Serie A giants who have the third-best defensive record in the league.

However, it appears as though Conte and Chelsea have ambitions of prising him away from the San Siro, but they’ll surely have their work cut out for them as Luciano Spalletti will be desperate to keep hold of him, although it’s debatable as to whether the same applies for Candreva as at 30, he could arguably be considered replaceable if the right offer arrives.