Gareth Bale’s list of injuries since moving to Real Madrid in 2013 should be enough to put any club off a transfer, but not Man Utd it seems.

The Welshman has sustained 13 different setbacks over the last four years, as per Sky Sports, which unsurprisingly has led to a drop in his total appearances per season.

In the last three campaigns, Bale has gone from 48 total appearances to 31 in 2015/16 and then just 27 last season. After another setback last week, the 28-year-old is set for another spell on the sidelines and so it’s undoubtedly a frustrating situation for both Bale and Madrid.

In turn, the opportunity to sell him could be welcomed if they fear that he will not be able to put his injury troubles behind him, with The Mirror reporting that Man Utd are ready to try their luck again next year. 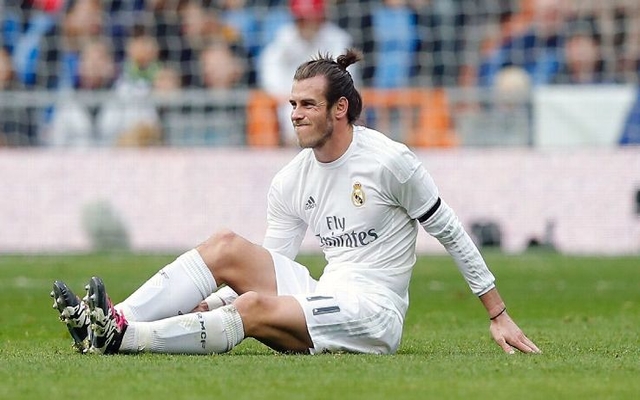 It’s claimed that this will be United’s third crack of the whip when it comes to signing Bale, while they are said to be confident that they can put the right training programme and medical work in place to ensure that he won’t continue to suffer with problems at Old Trafford.

As per BBC Sport, Madrid signed Bale for a then-record transfer fee of £85m, and so it remains to be seen how much he’s worth now although they’ll naturally want to recoup as much of that fee as possible.

As a result, coupled with his injury record, that surely makes this a potentially very expensive gamble for the Red Devils but not enough of a risk to put them off, with the La Liga champions surely open to the idea of selling if a suitable offer arrives so that they can reinvest in a replacement.