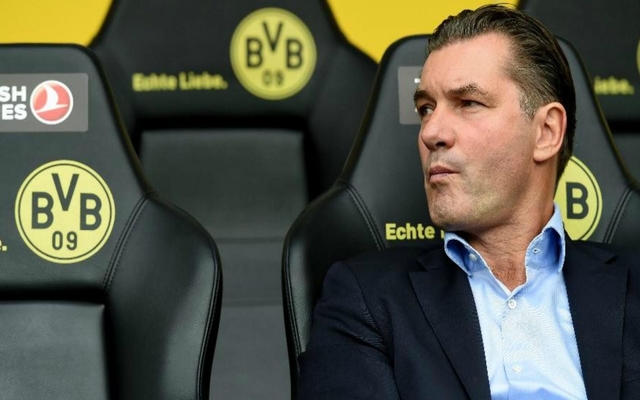 Given their on-going failure to win major trophies in recent years, Arsenal’s troubles not only lie on the pitch but arguably also off it at boardroom level.

It’s been over 13 years since the Gunners last won a Premier League title, while they’ve had to be content with three FA Cup triumphs since 2014 which is a commendable feat, but not enough for many supporters.

Arsene Wenger has faced significant criticism and scrutiny from the fans throughout that period, with banners and protests seen last season and yet he signed a new contract with the club in the summer, as reported by The Guardian.

The call for change hasn’t disappeared entirely though, and it could finally be made as The Mirror note that Borussia Dortmund sporting director Michael Zorc could be targeted to be appointed in the same role at Arsenal.

With things being reshuffled in terms of the infrastructure at the club, Arsenal could be set to make an important change which would see Wenger’s control lessen as the role for the sporting director would take certain responsibilities away from him when it comes to player recruitment and similar departments.

It’s a move towards adopting a more European style set-up with countless clubs around the continent all employing a sporting director to oversee such matters and to allow the manager to focus on coaching the team and preparing them for games.

While it remains to be seen how it plays out with Wenger still in charge, if Zorc does in fact arrive at the Emirates, it’s arguably a clever move for the long-term future too. Nevertheless, the real test will be whether or not it delivers positive results to convince the supporters it’s the right move.