Man United could face a battle in their pursuit of Real Madrid and Wales star Gareth Bale due to a clause in the player’s Los Blancos contract that involves United’s Premier League rivals Spurs.

According to the Express, it’s been reported that Spurs have a clause in Bale’s contract that allows them to match any offers Madrid receive for the 28-year-old, which could cause Jose Mourinho’s side a few problems in their attempts to sign the ace.

The news outlet are reporting that the the Red Devils have failed with a numerous amount of attempts to sign the player in the past. Should Spurs feel the need to go after Bale, United could be in for a fight to secure the player’s signature. 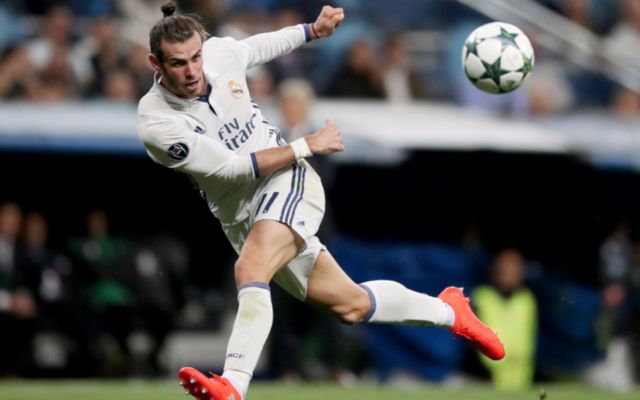 United could be rivalled by Spurs for Wales ace Bale

Since his arrival in the Spanish capital from north London in 2013, Bale has had a topsy-turvy time in Madrid.

In 159 games for Zinedine Zidane’s side, the former Southampton star has managed to amass a record of 70 goals and 55 appearances, a formidable record.

For Mauricio Pochettino’s side, Bale impressed massively, as the player managed to score 56 and 58 assists in 203 games for the Lilywhites.

The winger showed his true quality in final season for the north London side, as in 44 appearances, Bale scored 26 and assisted 15 as he almost singled handedly guided Spurs into the Champions League.

One of the main reasons Bale’s time in Madrid hasn’t gone entirely to plan is his troubles with injury. So far, the forward has missed a total of 59 games for Los Blancos, something that has seen some fans grow tired of the Wales international.

Should Spurs end up going in for Bale and rivalling United, it’ll be interesting to see which club manages to secure the player’s signature ahead of the other.