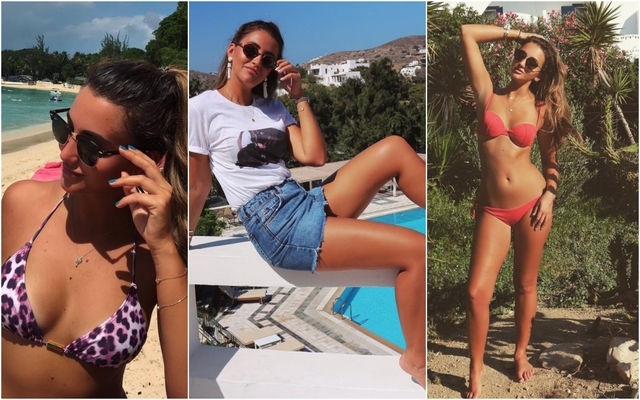 Chelsea and England ace Danny Drinkwater made the headlines last week after he turned down the chance to play for the Three Lions.

After struggling with injuries since his summer move to Stamford Bridge, he informed Gareth Southgate that he “wasn’t ready”, as per The Sun, who claim that he was busy taking out stunner Georgina Leigh Cantwell out for a date instead.

In his defence, given his fitness troubles so far this season, it was probably a wise move to skip international duty in order to get himself right for the rest of the campaign.

Missing international friendlies against Germany and Brazil isn’t the end of the world, but he’ll hope that he hasn’t affected his chances in the future.

Meanwhile, it seems like he was enjoying himself away from football last week, with the Sun reporting that he went on a date with Cantwell last Tuesday night, inviting her round for dinner to avoid the obvious backlash he would have received if he was out in public with her.

It’s added by the source that he told her he was injured and so couldn’t play, so ultimately Drinkwater’s covered all bases here and deserves a break.

Seems like the £35m man has done well for himself if he can snag a second date with Cantwell, who looks stunning in these pictures below from her Instagram account. We forgive you Danny…

After eating like a baby orca whale in Greece, its safe to say I do not look like this anymore ?????

Repping @jaspers_adventures on my T-Shirt ??

Hey, I was doing just fine before I met you – – – – Hope everyone had a great #labordayweekend ???