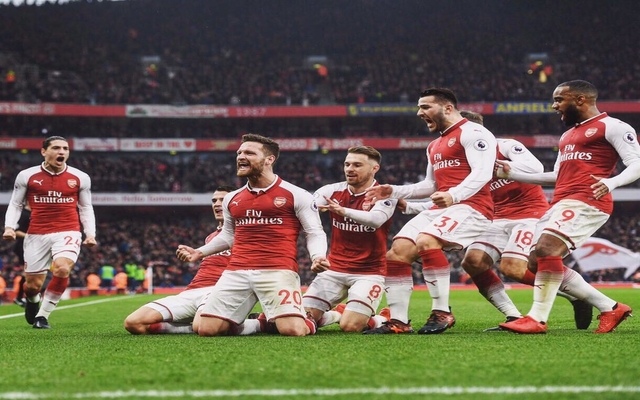 What started out as a bit of friendly fun between a journalist and Arsenal has now sadly developed into the former getting abuse on Twitter.

The Daily Mail’s Adam Crafton got people talking as ahead of the north London derby between Arsenal and Tottenham on Saturday, his combined XI was entirely made up of Spurs players as evidently he personally didn’t believe that their rivals pipped them in any position.

Fast forward to Saturday afternoon and following Arsenal’s 2-0 win, it’s safe to say that he was proven wrong and Arsenal had a little fun about it with the tweet below.

That’s where the fun side of the story ends unfortunately, as Crafton took to Twitter later in the day and bemoaned the unnecessary abuse that he has since received over his team selection.

He graciously insists that he looks ‘a bit silly’ after the picks and subsequent result, but rightly so he wasn’t so accepting of the abuse that he received and advised clubs to not follow suit in future as others may not deal with the reaction as well as he has.

It’s a real shame that the story took such a turn as when club accounts show some personality and have a bit of ‘banter’ it ultimately got ruined by the trolls on this occasion. That’s the point that Gary Neville tries to make below.

The Sky Sports pundit doesn’t believe that clubs should stop doing what Arsenal did, as ultimately that would be letting the minority of idiots beat the good part of the story which sees the club interacting and having fun. We’re inclined to agree with Neville on this one!

Re this: I picked a team. Arsenal won. I look a bit silly. Congrats to Arsenal. But since they tweeted it to 12m people, I’ve had all-day harassment on here, including anti-Semitic, homophobic abuse & people wishing me dead. I can handle it but would not advise clubs repeat this. https://t.co/BrHw6E0bfQ

Clubs should absolutely continue to do this type of thing. We shouldn’t let the minority who have overstepped the mark on here cloud what is good humour and interaction . https://t.co/qbw3iCPBgQ