As we’re led to believe from reports in Spain, Lionel Messi seems to have a lot of sway when it comes to Barcelona transfer plans.

The Argentine icon is constantly being linked with having a say in matters concerning the transfer market, and perhaps it could be argued that he deserves some input given what he has given to the Catalan giants over the last 16 years and what the 30-year-old will continue to contribute in the years ahead.

With 523 goals in 601 appearances to his name, coupled with an endless list of trophies and individual accolades, there’s no doubt that Messi is held in very high regard at Barcelona.

However, as per Don Balon, as re-reported by The Express, it seems like he may influence a deal involving Atletico Madrid forward Antoine Griezmann, as he’s reportedly not happy with suggestions that the Frenchman is going to become the second-best paid player at the club and will be given a prominent role.

It’s claimed that Barca are stepping up their pursuit of the 26-year-old with an ‘agreement in principle’ on terms allegedly in place.

The problem though is that Messi doesn’t agree with him earning more than club stalwarts such as Andres Iniesta and Sergio Busquets, while he’ll naturally fear what it means for Luis Suarez who is seemingly the one to likely suffer with Griezmann as competition. 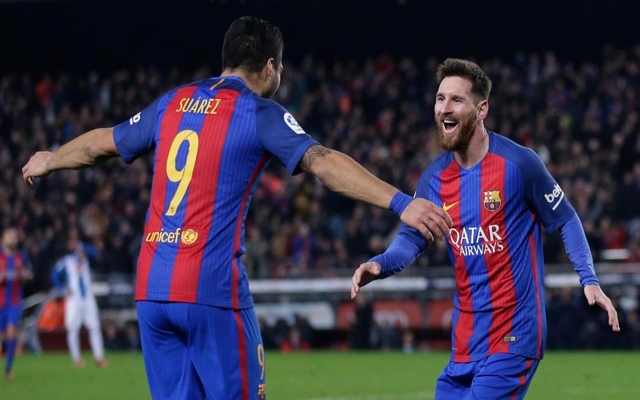 On a positive note, the Uruguayan striker rediscovered some form in front of goal against Leganes to take his tally to five goals in 15 appearances in all competitions so far this season, and he’ll hope to kick on after his brace this weekend.

However, with the possible addition of Griezmann along with Messi himself and marquee summer signing Ousmane Dembele, who at 20 years of age still has his entire career ahead of him, it does raise question marks over Suarez, and that is reportedly a problem for Messi who is also close friends with the forward as evidenced with his invitation to his wedding this past summer.