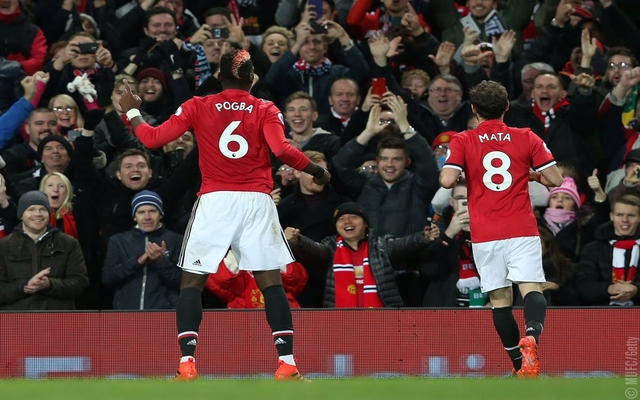 Given he selected him in his Premier League team of the week, it seems strange that BBC pundit Garth Crooks used it as an excuse to dig at Man Utd’s Paul Pogba.

The Frenchman returned from a lengthy injury layoff to score in United’s 4-1 win, as he returned to action after suffering a hamstring problem in a Champions League clash with Basel in September.

Jose Mourinho will undoubtedly be delighted to have his midfield general back in the team, and he’ll hope that it marks the start of a strong run of results now with Zlatan Ibrahimovic and Marcos Rojo also returning from serious injuries to feature in the squad at the weekend.

However, despite doing enough to earn a place in Crooks’ team of the week, the pundit decided that it would be an opportune moment for him to criticise Pogba again.

He’s done it in previous weeks with the 24-year-old’s varying haircut coming into the firing line, but it appears as though his goal celebration, which involved a pretty questionable dance routine in fairness, has now drawn the ire of Crooks.

“I refuse to allow a poor rendition of John Travolta in Saturday Night Fever with a poor haircut to stop me from producing an honest selection, but I do so through gritted teeth,” he noted in his BBC column.

Either he just hates having fun or isn’t keen on the antics surrounding Pogba’s performances, whichever it is, Crooks clearly rates Pogba the football player, but could probably do without everything around it.

That makes sense to us, but still, it seems a little harsh and unnecessary when he’s supposed to be analysing and choosing based on performances alone and not personal choices on hairstyles and celebrations…