Manchester United look set for a busy summer transfer window, with the Sun linking them with a double swoop up top for both Antoine Griezmann and Gareth Bale, while additions could also come in defence.

The Sun also link United with a possible January raid on rivals Tottenham for left-back Danny Rose, while the Daily Star also claim Mourinho could poach David Luiz from his former club Chelsea.

That’s a lot of talent to fit in at Old Trafford, so will Mourinho have to alter his tactics to ensure he can fit them all in? 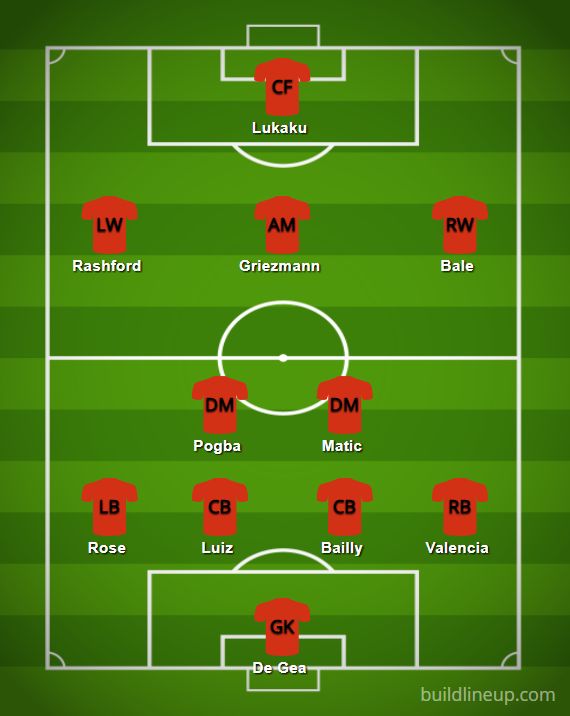 This seems the most obvious way for United to line up, and it arguably gets the best of their squad in their best positions all over the pitch.

Luiz and Rose would surely be automatic starters in the back four, while Griezmann could do a lot of damage almost as a second striker playing behind Romelu Lukaku.

Gareth Bale can obviously play on either side, but could be best off cutting in from the right, with Marcus Rashford and Anthony Martial proving quality options on the left this term. 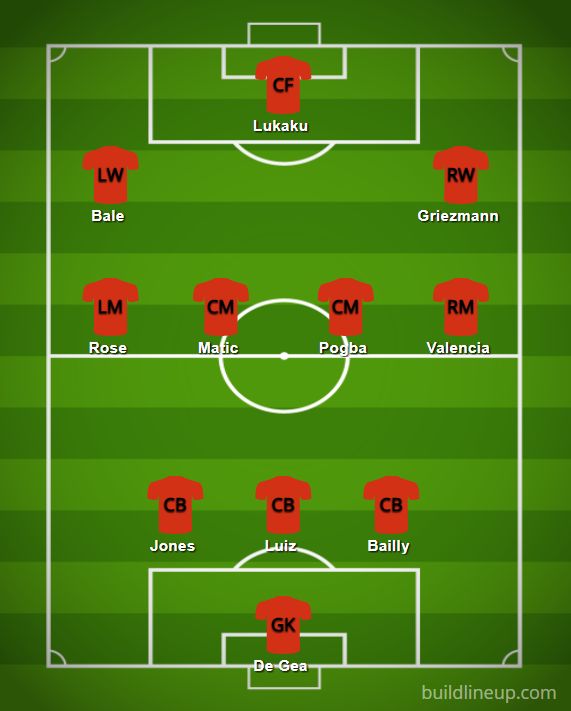 If United join the increasing list of teams using three centre-backs, they could go for an attack-minded XI here in a 3-4-3.

Rose has shone for Spurs in a wing-back role and has the attacking ability to provide more width and quality in the final third if given that freedom to do so.

This could also limit the defensive work Griezmann and Bale have to do, allowing them to play closer to Lukaku where they can do real damage in the box. 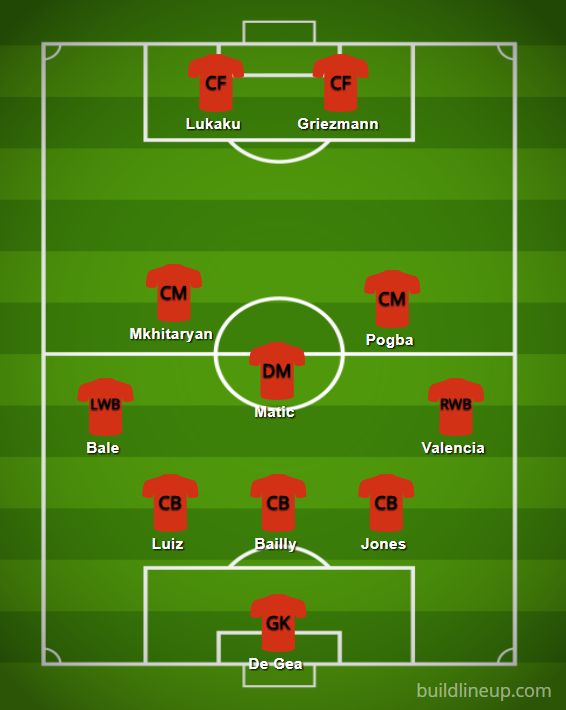 If United really want to be experimental, there’s always a chance they could try using Griezmann as an out-and-out striker alongside Lukaku.

This, however, would possibly mean using Bale as a wing-back, where he has played in the past to decent effect.

He might not be a specialist in the role like Rose, but given the money he’s likely to cost, he’s hardly going to be left on the bench, is he? 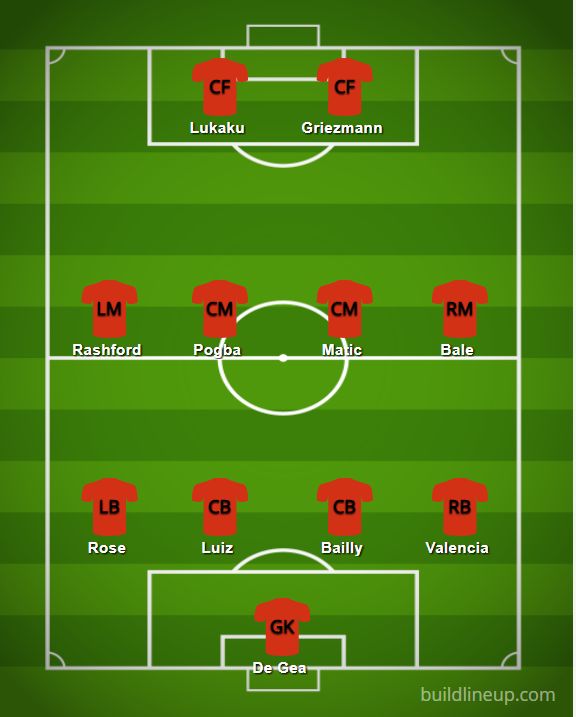 Finally, United could also have some joy with two up front in a more traditional 4-4-2 formation, even if they’re not seen much these days.

This allows Rose to come back in at left-back, while Bale is back on the right, and Rashford also gets a spot in the team.

Almost a 4-2-4 more than a 4-4-2, this might be a little too attack-minded for a Mourinho side, but it could make for great entertainment if they tried it out!