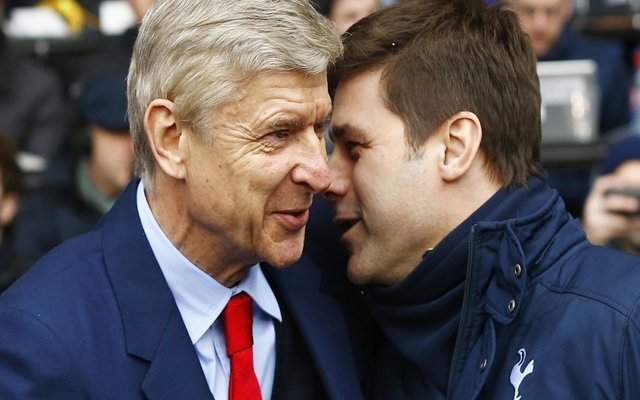 After ending their excruciatingly long wait to finish above Arsenal last season, some Tottenham fans and pundits have spoken about a supposed power shift in north London.

While they’ve undoubtedly made big strides under Mauricio Pochettino, Arsenal have been heading in the opposite direction as evidenced in their Premier League finishes in the last two seasons.

From second place in the 2015/16 campaign, they dropped out of the top four last year as they finished in fifth spot and missed out on the Champions League for the first time in 20 years.

In turn, it’s easy to see where their reasoning comes but ultimately neither club is winning trophies on a consistent basis and so it’s difficult to entirely agree with it.

Sky Sports pundit Jamie Carragher doesn’t agree either, as he spoke about the ‘power shift’ on Monday Night Football, following Arsenal’s 2-0 win over Tottenham in the north London derby on Saturday.

“Power shift? No,” he told Sky Sports, as noted by The Express. “I think it has to be five or six years where you finish above your rivals.

“A big player, if they had the option between Spurs or Arsenal in the summer, I still think a big foreign player would choose Arsenal.”

While it’s easy to agree on his first point, the second will perhaps raise a bit more debate. Tottenham deserve credit for the way in which they performed last season and while finishing above Arsenal shouldn’t be a marker of their success and progression, they ultimately did and so they should take a lot from that.

Nevertheless, doing it for one season can be considered an anomaly, and while Carragher added that he believes they’ll do it again this season, it remains to be seen whether or not they’ll have the appeal in the market to outdo Arsenal as he mentions.

Still, the future is bright. They’ve got a top-class manager, a balanced squad full of talent and a new stadium to look forward to. It could be worse.