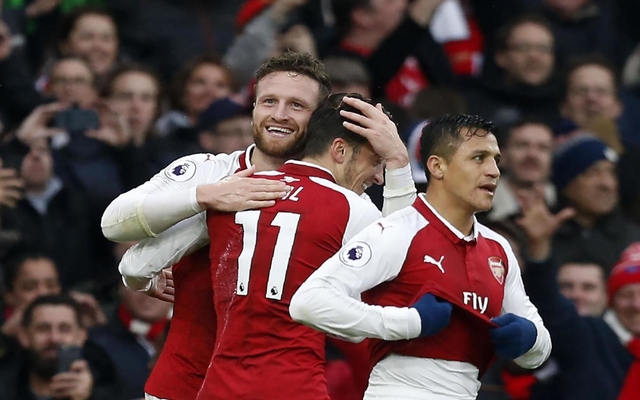 After their 2-0 defeat at the weekend in the north London derby, Tottenham would arguably have been better off leaving Arsenal alone for a while.

Instead, the travelling support for the Champions League clash with Borussia Dortmund on Tuesday night opted to sing about their rivals as Mauricio Pochettino’s side picked up an impressive victory to secure top spot in Group H ahead of Real Madrid.

Credit where it’s due firstly, as Spurs have arguably proven a lot of people wrong by not only qualifying ahead of Dortmund, but to finish ahead of Madrid is a real achievement and a thoroughly deserved one given the results over the course of the group stage.

However, their supporters have been mocked by their Arsenal rivals after they decided it would be a good idea to sing: “Are you watching Arsenal?”

Given their north London rivals failed to qualify for the Champions League this season, it’s fair to say that this one probably hurt a few who will be hoping that they can bounce back and get back to Europe’s top table next season.

For now though, they were left questioning why Tottenham supporters are so obsessed with them, as instead of enjoying their win, they still had time to have a sing-song about the Arsenal…

#thfc fans: “Are you watching Arsenal?”

Tottenham have Arsenal on the brain. They should let it go, not good for their health

I was watching us dismantle them at the weekend.

We watched how we have always dominated the NLDs. ? pic.twitter.com/DxV7pFFqf5

Arsenal are the first english team to win at Signal Iduna Park. We set the standards, they follow.

No… sipping on tea pic.twitter.com/SBzCDvTPbJ

Did Arsenal fans ever chant about Tottenham when they won at Dormtund? Or at Milan? Or at Real?

That lot use us in order to bolster themselves up. Without Arsenal, who are they? A team who hasn’t won the title since ’61. But if they can latch on us, then they are a big club too.

I forgot that we’ve:
A) Beaten a far superior BVB team.
B) Just dismantled them easily.