Arsenal’s plans to sign Julian Draxler may have been dealt a serious blow after speculation that the Paris Saint-Germain forward has held talks with Barcelona and Real Madrid.

The Germany international is not a regular in the PSG side at the moment, and this has seemingly seen him sound out new clubs over a potential transfer in the near future.

The Daily Star claimed last month that Arsenal could try to sign Draxler in a swap deal with PSG, but Don Balon now claim he would much rather move to the Nou Camp if possible after talks with Barca, Real Madrid and unnamed Premier League clubs.

Still, it is unclear if Barcelona are likely to push ahead with their pursuit of the 24-year-old, with Don Balon suggesting a move to Real Madrid may be more plausible.

Barca already have plenty of quality in attack after signing Ousmane Dembele in the summer to link up with the likes of Lionel Messi and Luis Suarez. 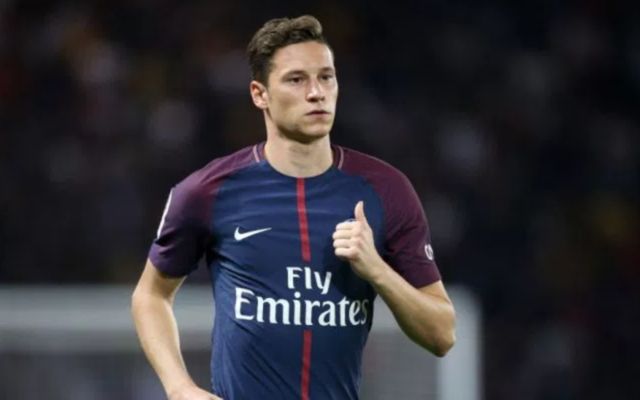 Arsenal’s pursuit of Draxler has suffered a big hit

Meanwhile, previous reports from Don Balon have claimed they are extremely confident of finally signing Liverpool’s Philippe Coutinho this January, and he would likely fill a similar role to Draxler.

Either way, it is little surprise to see that a player of Draxler’s calibre may not currently be wowed by the prospect of a move to the Emirates Stadium amid Arsene Wenger’s ongoing struggles to put together a competitive side.

Arsenal have not won the Premier League since 2004 and are no longer in the Champions League, while Alexis Sanchez and Mesut Ozil are both out of contract at the end of the season.

Either way, Draxler could be a bargain for whoever snaps him up, with the Sun previously reporting PSG want just £36.5million for him.