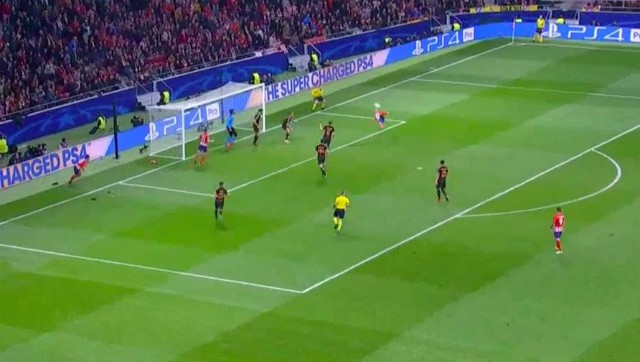 Antoine Griezmann ended his goal drought in some style this evening with a stunning overhead kick to give Atletico Madrid the lead over Roma in the Champions League.

The France international has been linked by the Sun with a possible big move to Manchester United next summer after apparent recent talks with the Red Devils.

United could spend big on bringing Griezmann to Old Trafford, and with strikes like this one it’s clear why they and other elite club sides are rumoured to be in for him.

Antoine Griezmann ending his goal drought in some style…

It hasn’t been the best season for Griezmann in front of goal, with this being his first club goal since a Champions League defeat to Chelsea back in September.

Normally a very reliable goalscorer, Griezmann will now be hoping this is the start of him getting back to his best, with this finish showing his exquisite quality when on form.

The 26-year-old showed superb athleticism and awareness to steer his shot into goal after his team-mate’s initial cross was played in a little behind him.