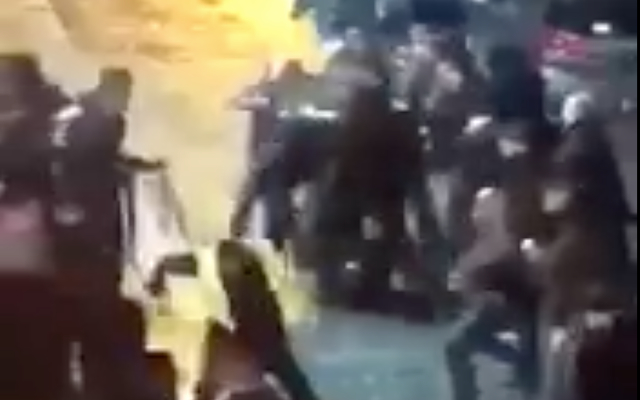 Police in Liverpool have arrested 10 people after a mass brawl erupted in the city centre on Wednesday night.

As per the Liverpool Echo, eight men from Germany were in that group along with two from Liverpool, with confusion over what set the situation off.

A link has been drawn to the Europa League tie between Everton and Atalanta on Thursday night, but it wouldn’t seem to make much sense to link the two events based on those arrested.

However, as noted by La Gazzetta dello Sport, the eight German nationals in police custody could perhaps be Eintracht Frankfurt supporters, who are ‘twinned’ with Atalanta ultras, but that’s all alleged at this stage and nothing has been confirmed by the police or others.

The footage seen in the tweet below show the two groups square off throwing punches, kicks and objects at each other as it spills out onto the streets.

What it will undoubtedly lead to now though is an extra police presence ahead of the game at Goodison Park, as they won’t want to see any sort of repeat performance at the stadium.

So that’s why the police are in town, madness that #Liverpool pic.twitter.com/kykM3v5dCw