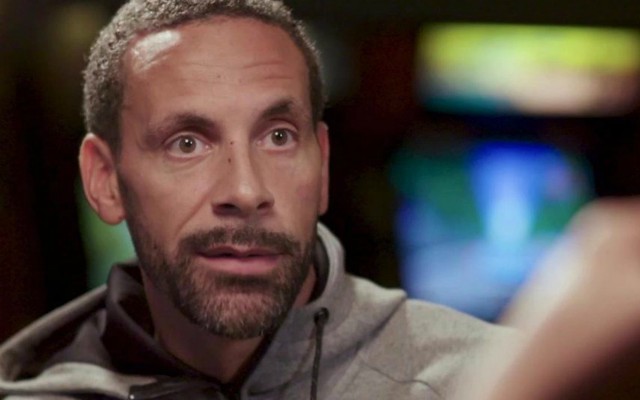 The pair were together at West Ham earlier in their careers, with Ferdinand saying they did everything together between the ages of around 16 to 21.

However, that changed when they wound up at United and Chelsea – two clubs often battling it out for the Premier League title and other major honours in the mid to late 2000s.

‘We grew up together at West Ham and then went our separate ways,’ Ferdinand said on BBC Sport.

‘I was at Man United, he was at Chelsea. We did everything together from 16 to 21. When I went to Man United and he went to Chelsea, we stopped talking.

‘We didn’t hate each other but I didn’t want to give him anything. I didn’t like him anymore really because he was playing for Chelsea, he was getting his hands on the trophies that I wanted. 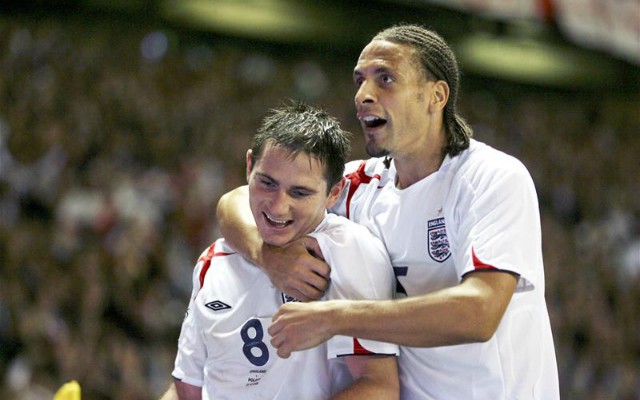 Lampard and Ferdinand’s relationship soured despite playing together for England

‘We just grew apart and didn’t speak. What sport can do to a personal relationship is nuts.’

Ferdinand and Lampard continued to play together for England, but it’s little wonder the ‘Golden Generation’ didn’t achieve as much as it could have due to the strong club rivalries between the players.