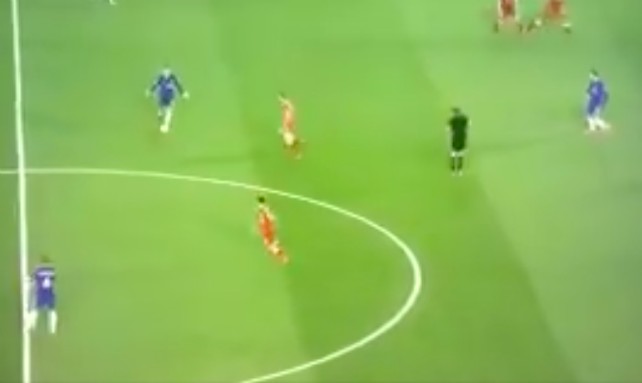 Are Chelsea a little over-reliant on Eden Hazard? Well, he’s no N’Golo Kante, but he’s certainly their go-to man in terms of producing a moment of magic or spark.

It might be over-the-top to call Chelsea a one-man team, but that’s what they became briefly here in the first half against Liverpool.

The Belgian picked up the ball in midfield and looked for support, but none came, so he took the easier option of just doing it all himself.

Hazard then beat a few players before slipping in Danny Drinkwater for a chance, as though it were the most natural thing in the world.

Hazard signalling to his teammates for help. Then he decides to do it all on his own pic.twitter.com/7STTLppveC

Chelsea couldn’t open the scoring, but Hazard looks the key for Antonio Conte’s side opening things up in an even game at Anfield.

Liverpool started stronger in the opening 45 minutes, but Chelsea grew into the game and will be hoping Hazard can come up with something similar again – next time with more input from his team-mates as well!