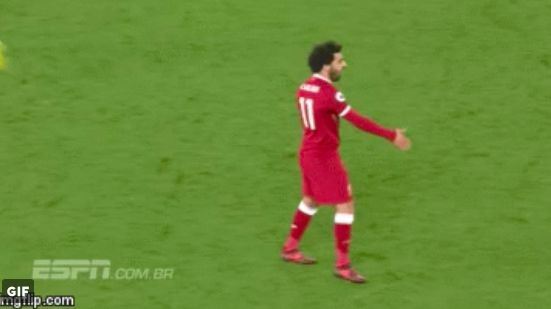 Liverpool star Mohamed Salah could not hide his fury as Chelsea equalised through Willian in last night’s game at Anfield.

The Egypt international was spotted fuming as he watched the Brazilian make it 1-1 late on against the Reds, who had looked like coming away with a crucial three points in a big game.

There seemed to be an element of fortune about Willian’s strike, which looked more like an attempt at a cross than a shot as it looped in over Simon Mignolet.

Salah clearly didn’t take well to seeing Liverpool lose yet another lead, as he’d watched on from the bench as they surrendered a 3-0 advantage to draw 3-3 with Sevilla in the Champions League in midweek.

Footage has emerged of Mo Salah’s reaction to Sevilla’s late equaliser from the bench.

We know the feeling, lad ?

Salah’s reaction from the bench was also caught on film that night, and this time he arguably looked even angrier at Liverpool for failing to stay strong at the back once again.

Salah had given Liverpool the lead in the second half with a cool finish against his old club, and a win would have taken them up to 4th in the Premier League, level with Chelsea.