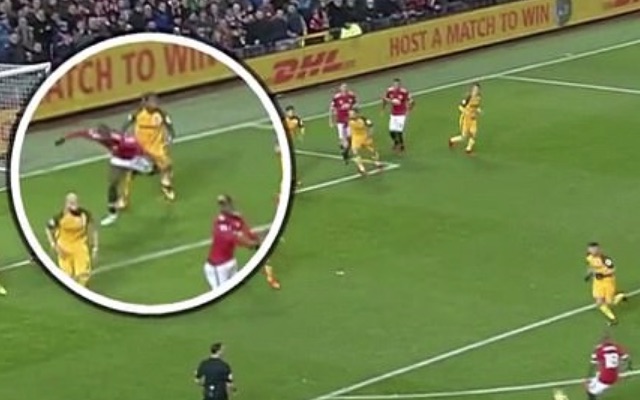 Romelu Lukaku has struggled to deliver in multiple big games so far this season, but the striker seems set to swerve that problem in December as he is surely going to be ruled out of Premier League clashes against Manchester City and Arsenal through suspension.

The footage is likely to be reviewed by the Football Association on Monday in which case Lukaku will be bang to rights. According to the Daily Mail, the FA are aware of the incident and plan to study referee Neil Swarbrick’s report.

FA to review this footage of Lukaku kicking Bong during MUFC v Brighton.

Violent conduct is a crime generally punished by a three-match ban, although the length of suspension can sometimes be even longer depending on the severity of the attack.

Lukaku did not inflict any significant damage on Bong, who completed the full 90 minutes, but the video above provides clear evidence to suggest that the Belgian deliberately struck the defender with his left foot, after failing to find the target with his weaker right.

No sane FA panel could possibly clear Lukaku should the case be brought before them.

Should Lukaku be handed an immediate three-match ban he will be ruled out of Tuesday’s trip to Watford as well as next weekend’s game at the Emirates and the Manchester Derby at Old Trafford on December 10.

Former Premier League and FIFA referee Graham Poll told the Daily Mail on Sunday night that Lukaku should have been sent off. 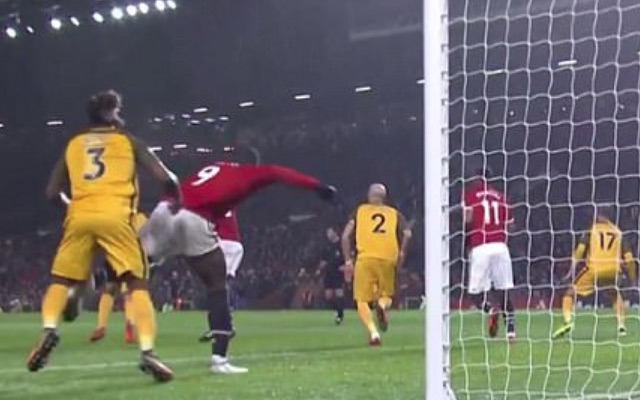 Poll said: “Manchester United striker Romelu Lukaku must face a three-match ban once the FA view replays of the incident between the Belgian and Brighton’s Gaetan Bong just before the only goal of the game.

“The incident started with the usual jostling between players at a corner but turned into a much more serious clash.

“Lukaku was impeded as the corner came in but his reaction was extreme, kicking out first with his right foot and then making full contact with his left foot somewhere quite painful.

“It was a violent act which would have resulted in a red card had referee Neil Swarbrick seen it. The Brighton full back did remarkably well to not react, nor complain to the officials. He deserves praise for that.”