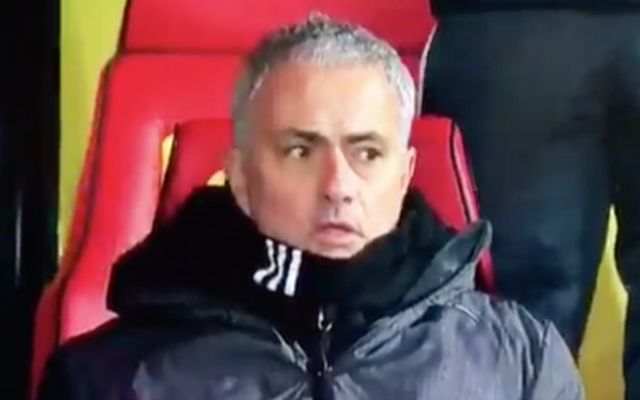 Man Utd ace Ashley Young enjoyed his return to Watford on Tuesday night, and judging from this video, Jose Mourinho was loving his goalscoring exploits.

The visitors were up 3-0 after just 32 minutes as Anthony Martial also bagged a goal to add to Young’s brace, but it was the stalwart’s second that stood out.

Young curled in a brilliant free-kick, as seen below, as after ending a 19-month wait for a league goal, he bagged two in the same game and Mourinho couldn’t quite believe what he saw.

As seen in the tweets below, the Portuguese tactician looked absolutely gobsmacked with the effort, but he would have undoubtedly been delighted to see his side take their chances and put the game to bed so early on.

Young’s first effort wasn’t bad either, and while it’s taken a while for him to find the back of the net, he certainly did so in style as he continues to play an important role for Mourinho and Man Utd this season as they hope to remain within firing range on rivals Man City at the top of the Premier League table.

WOW! Another stunner from Ashley Young, who this time bends a free-kick into the top corner! https://t.co/AU3RykH6sO