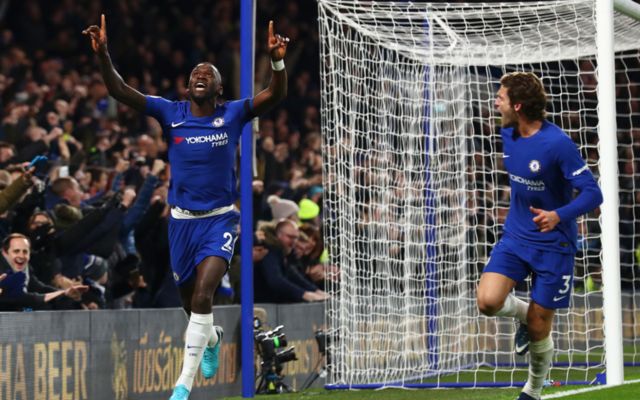 Chelsea had Antonio Rudiger to thank tonight, as the Blues ace scored the only goal of the game as Antonio Conte’s side beat Swansea 1-0 at Stamford Bridge.

The game very few chances, with the only coming in the 54th minute, after German international Rudiger, who joined the Blues over the summer from Roma, as shot from Kante was deflected onto the head of the defender, who turned the ball home.

Chelsea’s summer signing Antonio Rudiger will take the plaudits this evening, as the former Roma ace scored the only goal of the game as the Blues kept up their impressive run of form.

As well as scoring, the 24-year-old was solid in defence tonight, as the centre-back was always on hand to shut down the Swans’ attack.

This tweet sums up the player’s performance perfectly tonight

Rudiger = best defender in the world

Despite only being on the field for 15 minutes, Chelsea’s Victor Moses had an absolute shocker tonight.

The Nigerian international had an awful cameo, with the winger constantly misplacing passes and having absolutely no effect on the game at all.

How bad was moses wow ,needs to get up to speed ,poor performance but 3 points all that matters

This from Opta shows just how dominant the Blues have been in the air this season, something they certainly displayed tonight

8 – Chelsea have scored more headed goals in the Premier League this season than any other side. Nod.

Very glad I could help the team to get the 3 points ???? #Hustle #AlwaysBelieve #CFC @ChelseaFC @PremierLeague pic.twitter.com/4A1HqfRgIv

This fans sums up the German’s performance excellently

Rüdiger definitely needs to be starting at Chelsea. It’s known his preferred side is right and Azpilicueta occupies it but as versatile as Azpi is, he could go to the left, with Cahill making way. Rüdiger when playing has looked solid and even pitched in with the goal as a bonus.

Whilst these fans were very happy with the Blues’ result tonight

Take any Chelsea win no matter the performance. 3 points > #CFC ?

Opinion: Man United should move for experienced Chelsea defender who could be a great partner for Harry Maguire September 23, 2020 17:21
Chelsea FC