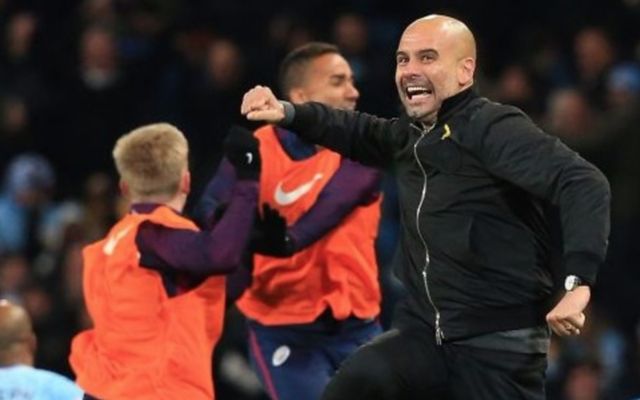 Man City scored a 96th minute winner today as Pep Guardiola’s side closed in on the consecutive Premier League wins record as they beat Southampton 2-1 at the Etihad.

City opened the scoring through an own goal from Dutch international Virgil Van Dijk just two minutes after half time.

Southampton equalised through Spaniard Oriol Romeu, however Raheem Sterling stole the show with a 96th minute with a long range finish to secure the win.

Following their win, Man City have now amassed 12 league wins in a row, meaning that they are only three wins off beating Arsenal’s record of 14.

Man City’s Belgian superstar Kevin De Bruyne stole the show today, as the former Chelsea ace grabbed a goal and an assist as his side kept their lead at the top of the league to eight points.

The Belgian was fantastic tonight tonight, with the player helping City on their way to yet another three points.

This tweet sums up how good the midfielder was tonight

40 – Man City’s haul of 40 points from their first 14 Premier League games this season is the joint-best tally ever at this stage of a top-flight campaign (also Tottenham in 1960/61 – 3 pts for a win). Momentum. pic.twitter.com/iX3cpGq7aC

The official Man City account sums up how most of their fans would be feeling right now!

Man City really aren't all that. Such a lucky team.