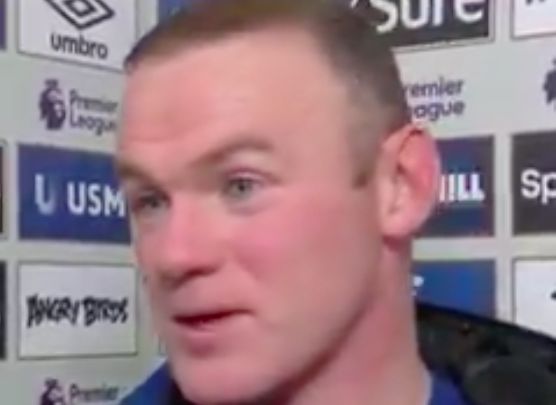 Wayne Rooney believes his wonder-goal for Everton against West Ham last night may just top anything he ever did for Manchester United and England.

The 32-year-old spoke about his stunning strike after the game, which the Toffees won 4-0 thanks to Rooney rolling back the years with a superb hat-trick.

Some doubted whether Rooney could still do it at the top level after a quiet season for Manchester United last year, but he looks to be back to his best since returning to Goodison Park.

Rooney certainly put West Ham to the sword yesterday evening, and was in justifiably buoyant mood after the game as he relished scoring what he feels was the best goal of his career.

‘It’s one of, if not the best goal I’ve scored,’ Rooney said.

‘I hit it as well as I’ve ever kicked a football. And to make it my third goal – my first hat trick for Everton, I’m delighted.’

Incredibly, it’s not even the first time Rooney has scored from distance against this opposition, as he stunned the Hammers at Upton Park back in the 2013/14 season.

Although he was a little closer on that occasion, the former England captain was only just inside the opposition half before he unleashed an unstoppable volley to stun the home crowd.

Other memorable Rooney strikes include his volley against Newcastle all the way back in 2004, and of course his late winner against Arsenal in 2002 that announced him on the big stage.

Still, the contact he made to guide the ball home from such a long way out last night definitely makes his latest strike a serious contender in a career full of superb solo efforts.