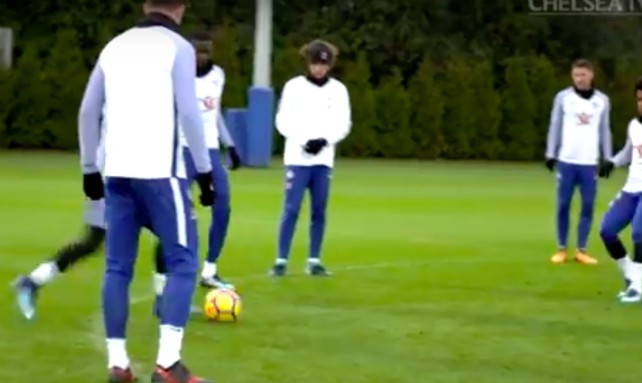 Chelsea defender David Luiz has been spotted in training with the Blues despite Antonio Conte’s claims he was injured after leaving him out of his squad to face Swansea City in midweek.

The Brazil international has recently lost his place to the in-form youngster Andreas Christensen, and that has led to speculation that he could be on his way out of the club.

Don Balon claim Real Madrid have agreed a deal to sign Luiz on loan in January, while the Daily Express recently linked him as a target for Manchester United.

For all his flaws, Luiz is clearly a top centre-back and played a key role in Chelsea’s title success just last season before a recent dip.

Still, the ruthless Antonio Conte is not one for sentiment and clearly feels Luiz does not currently warrant a place in his first XI.

The 30-year-old, however, surely isn’t injured too badly if this video footage from Chelsea’s official YouTube is anything to go by. 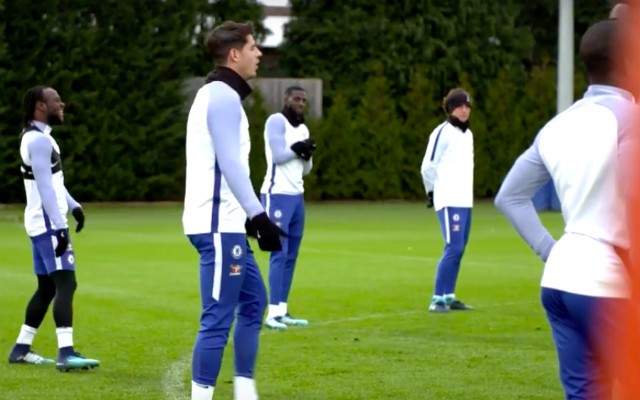 David Luiz was spotted in Chelsea training despite apparently being injured

Luiz can be seen taking part in the background in a few clips, despite Conte saying he missed the Swansea game with a knee problem.

‘Now it’s very difficult, because he had the liquid in his knee,’ Conte was quoted in the Metro. ‘We have to assess his recovery, the time. But I hope to not lose him for a lot of time, also because we have to play every three days and I need all my players.’