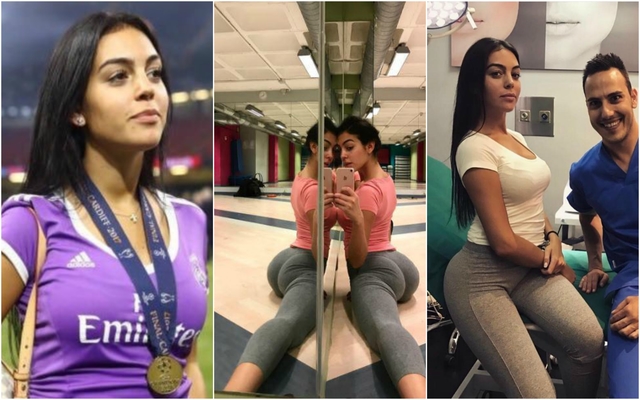 She only gave birth to her first child on November 12, but Cristiano Ronaldo’s better half Georgina Rodriguez has wasted no time in getting back into shape.

While the 22-year-old made her way through Madrid after a gym session, she evidently grabbed plenty of attention as she looks in incredible shape.

Motherhood certainly looks to be treating her well as she looks after Ronaldo’s growing clan, and she’ll undoubtedly be hoping her other half can find his form on the pitch between now and end of the season to put his early struggles behind him.

With the World Cup coming up next year too, the Portuguese superstar has a big year coming up as he edges ever closer to the latter stages of his career, but he certainly has plenty to look forward off the pitch with Rodriguez by his side as she continues to sizzle every time we see her!