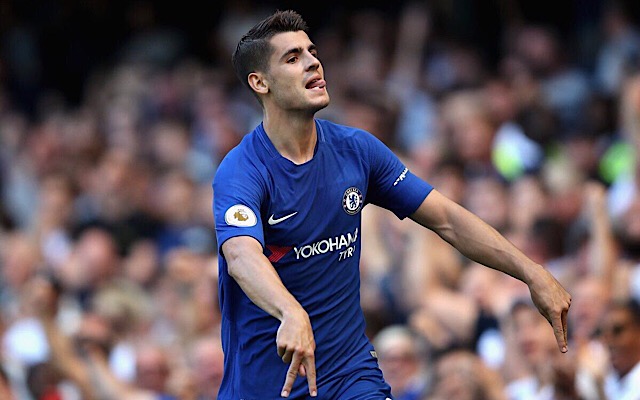 Chelsea striker Alvaro Morata is statistically the best striker in Europe this season in terms of headed goals, scoring his fifth of the season against Newcastle United.

The Spain international has shone since moving to Stamford Bridge from Real Madrid in the summer transfer window, and is a particular threat in the air on this evidence.

According to stats from WhoScored, Morata’s fifth headed goal of the campaign is now more than any other player in Europe’s big five leagues of England, Spain, Germany, Italy and France.

Alvaro Morata: Has now scored more headed goals (5) than any other player in Europe’s top 5 leagues this season https://t.co/9p7RKUwL0p

Some may have been concerned that Morata would not be the man to replace Diego Costa up front in Antonio Conte’s side, but he’s proven a lot of people wrong.

As well as being a skillful and intelligent finisher up top, Morata isn’t afraid to put himself about in the company of tough Premier League defenders either.

Chelsea will certainly consider his arrival a fine piece of business as he continues to deliver for the Blues this season.

Having gone behind to Newcastle this afternoon, Chelsea currently lead 2-1 thanks to Morata, who nodded in Victor Moses’ cross after an earlier equaliser from Eden Hazard.