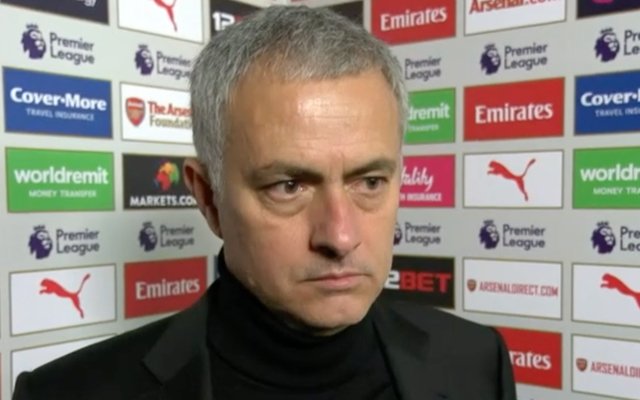 Man Utd may well have come away with a 3-1 win over Arsenal at the Emirates on Saturday, but Jose Mourinho was visibly annoyed with one key decision.

That decision was of course the sending off of Paul Pogba in the second half, with the Frenchman shown a straight red card for a studs-up challenge on Hector Bellerin.

In turn, he’ll now be suspended for the next three domestic games, which includes the all-important Manchester derby next weekend and he’ll certainly be a major absence as shown with his influential role in the win over the Gunners.

Mourinho was open to discussing various points in his post-match interview with BBC Sport, but he refrained from going into too much detail on his thoughts on the Pogba red card, although he still managed to sneak in a not-so-subtle dig at the Arsenal players.

Ahead of City’s clash with West Ham United on Sunday, United moved to within five points of their bitter rivals at the top of the Premier League table.

In turn, losing Pogba for such a crucial game will be a bitter blow, and they’ll hope that they can pick up another positive result to continue to apply real pressure on Pep Guardiola’s side.