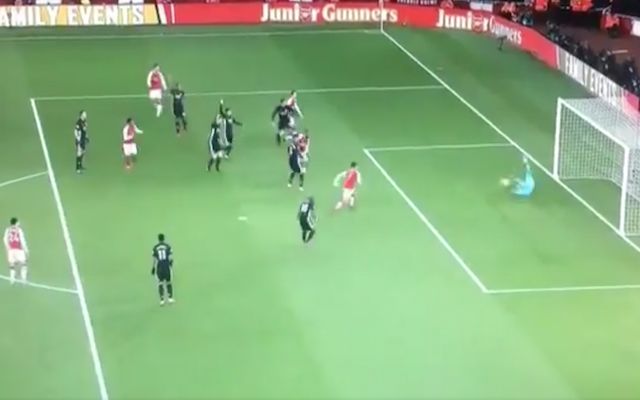 David De Gea produced an incredible double save to prevent Arsenal from drawing level against Manchester United at the Emirates.

The goalkeeper produced an outstanding save from an Alexandre Lacazette effort. The French striker fired an attempt at the United goal from just ten yards but the Spanish goalkeeper however remained big to somehow block the effort.

However, even more impressive was the second save from the ‘keeper from the rebound effort.

Despite a magnificent save from Lacazette’s initial effort the goalkeeper could only push his save into the path of Alexis Sanchez.

With De Gea on the floor and Sanchez just three yards away from goal it looked certain to be a goal. However, the United ‘keeper somehow managed to spring himself up and stretched out a leg to prevent the Chilean from drawing Arsenal level.

Watch the incredible save below.

And De Gea said, “These hands and legs are made to protect you”. Go ye and save the world pic.twitter.com/Q9DvucqCdO