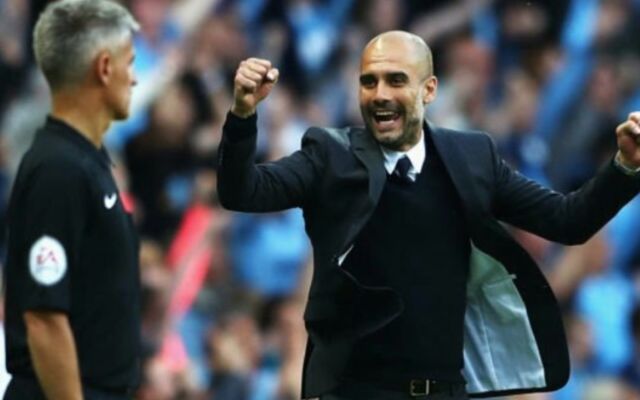 Man City winger Raheem Sterling has enjoyed quite the start to the season, and it’s reported that he could be in line for a major wage increase.

The 22-year-old has been very impressive so far this season, scoring 13 goals and providing four assists in 19 appearances in all competitions.

Looking beyond the statistics, his goals have been absolutely crucial too with his late midweek winner over Southampton a perfect example of that.

In turn, it’s helped City win 13 of their opening 14 games in the league while they still have a 100% record in the Champions League so far, as it’s been quite the start for Pep Guardiola’s men in their pursuit of major honours this season.

Nevertheless, given he’s still got a long way to go to warrant being the highest-paid player in the Premier League, The Sun claim that is what he could become in the very near future with a new £300,000-a-week contract offer by Man City being touted for the England international.

There’s no denying Sterling is undoubtedly improving and has his whole career ahead of him still to get even better under Guardiola’s watchful eye in the coming seasons, but this would still feel like a major move to put him above the biggest names and most influential stars in the Premier League.

Guardiola evidently has plenty of faith in him to possibly have a say in such an offer, with Sterling said to be on £180,000-a-week currently which in turn represents a huge salary hike.

Should the offer be made, and accepted, he would certainly be under real pressure to continue to produce and get even better to prove he’s worth the heavy investment.