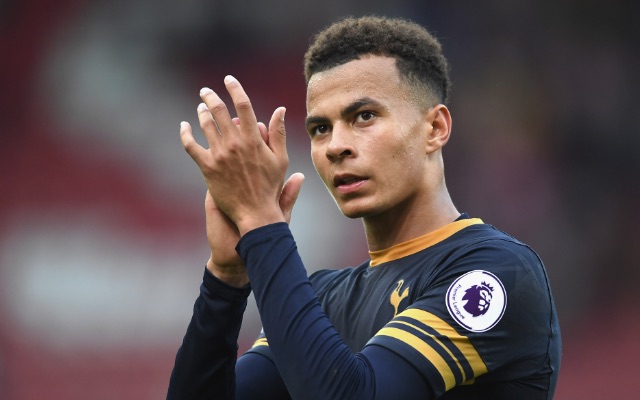 Tottenham midfielder Dele Alli is going through a tough period, and Tim Sherwood has sent him a message over how lucky he is.

The former Tottenham boss was in fact defending the 21-year-old in a discussion with Chris Sutton on BT Sport Score, as seen in the video below, amid questions about the youngster’s form this season.

Compared to his brilliant campaign last year, Alli has seven goals and just four assists in 18 appearances in all competitions so far this season, although he hasn’t found the back of the net in his last five Premier League outings, with just one assist to his name in that same time frame.

In turn, the pressure is building on him as although he’s still young and is bound to have inconsistent periods, Tottenham are on the slide having now dropped out of the top four in the league after just one win in their last five outings.

Sherwood believes that Alli is in a lucky position as if he was at either Chelsea or Man City, he’d arguably already be out of the team such is the strength in depth and quality available to Antonio Conte and Pep Guardiola respectively.

In contrast, Alli will continue to have the full faith of Mauricio Pochettino to turn things around, although there isn’t a great deal that the Tottenham boss can do without him. In turn, he’ll be hoping to help him get out of his rut, with the England international considered one of the biggest prospects for club and country in the years ahead.

“If he was at Chelsea or Man City you’d never see him again” ?

Tim Sherwood thinks Dele Alli is lucky to have Mauricio Pochettino as his manager.#BTSportScore pic.twitter.com/U0nkbnge9H