Arsenal and Manchester City are reportedly likely to battle for the signing of West Brom defender Jonny Evans again when the transfer window re-opens in January.

The Northern Ireland international has shone for the Baggies since being offloaded by Manchester United, where he had also shown his class despite largely being a squad player.

Evans could now be set for another chance at a big club, with the Daily Express reporting that he’s set to discuss his future with new manager Alan Pardew.

The report states that the 29-year-old is likely to be offered a new contract at the Hawthorns, but his future is likely to become increasingly clear once these talks have held place. 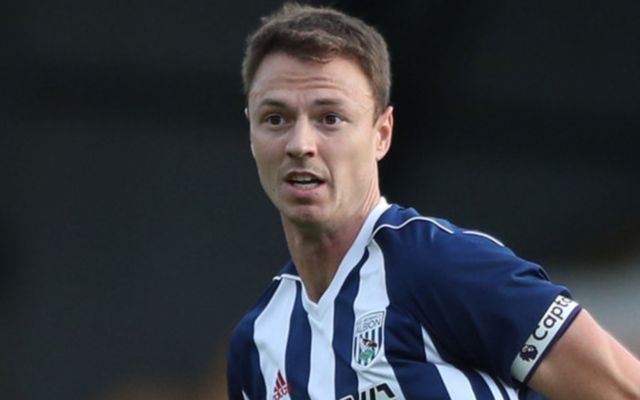 Arsenal could certainly do with more options at the back, with Shkodran Mustafi putting in a hugely disappointing display in the defeat to Manchester United at the weekend.

Evans looks like he could be an upgrade, though West Brom will likely do all they can to keep hold of their top defender, particularly as they look like facing a relegation fight this season.

Pardew has just come in to replace Tony Pulis after the club’s poor start to the season but must already deal with an important transfer saga immediately after taking the job.