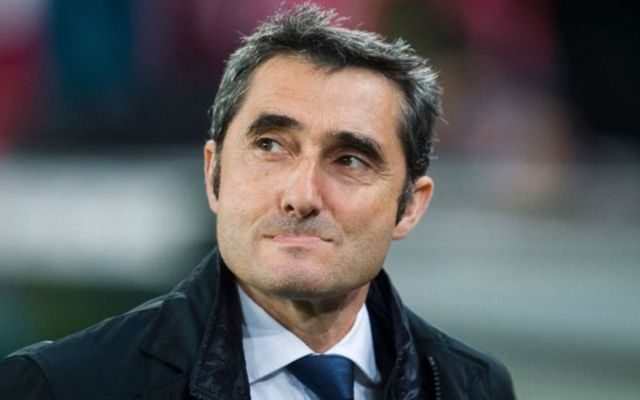 Barcelona caused quite the stir over the weekend after images of Gremio starlet Arthur posing in a Barca shirt were leaked on social media.

The problem is that the Catalan giants have yet to reach an agreement with the Brazilian club over a transfer, and so unsurprisingly, that has annoyed club president Romildo Bolzan.

The 21-year-old has seemingly done enough to earn the interest of Barcelona, and a move seems inevitable if the club have gone to such lengths, as seen below.

A pic of Arthur (Grêmio) with Barcelona’s sporting director Robert Fernández has also leaked. Grêmio say there are no offers from Barcelona yet. pic.twitter.com/Mk1XGtuWVC

However, as reported by The Sun, Gremio have been very clear in that they expect Barcelona to activate his £44m release clause if they wish to take him to the Nou Camp next year.

“Arthur has a contract with Gremio and a release clause of  £44m,” Bolzan told RAC1, as noted by the Sun. “If they pay that we can’t do anything but there is no conversation or negotiations open.”

Meanwhile, Bolzan went on to express his displeasure with how the meeting with Barcelona played out, as he didn’t expect them to extend it as far as they did, as he merely believed it was a discussion between the club, Arthur and his family.

” Gremio are not comfortable with this situation.We authorised the encounter because it was just to meet the family, nothing more.”

In turn, it remains to be seen whether or not simply matching his release clause will smooth negotiations over and allow the transfer to go through, or if Barca have done damage to their relations with Gremio.

One thing’s for certain, given the furore that it has caused, they’ll have to be sure that they’re making a wise investment to bolster their midfield options, as Arthur will be seen as a key piece for the future given his age and with the likes of Andre Iniesta and Sergio Busquets moving into the latter stages of their respective careers.

Barca are seemingly making an effort to lower the average age of their squad, as seen with the signings of Ousmane Dembele and Nelson Semedo this past summer, and there are several other individuals who may need to be replaced sooner rather than later being on the wrong side of 30.