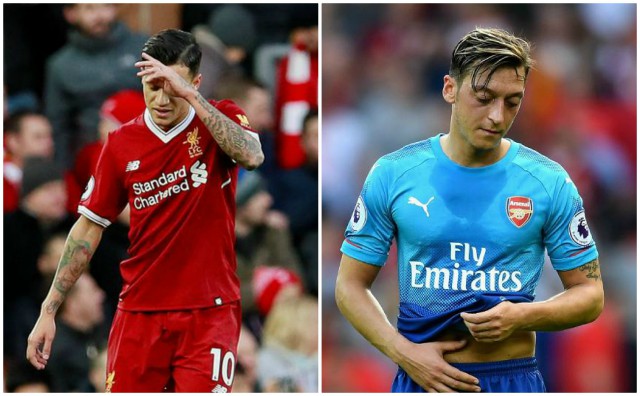 It’s not long to go now until the transfer window swings open again for January, and there’s already plenty of speculation over the futures of some of the Premier League’s biggest names.

Arsenal look like facing a particularly challenging winter, with two of their best players in Alexis Sanchez and Mesut Ozil linked not only with exits from the Emirates Stadium, but with moves to Premier League rivals.

Some other big names could swap clubs, with Chelsea and Manchester United possibly set to get busy in terms of both ins and outs.

The Daily Mail claimed earlier this season that Barcelona would be back in for Liverpool star Philippe Coutinho this January with a £120million bid. 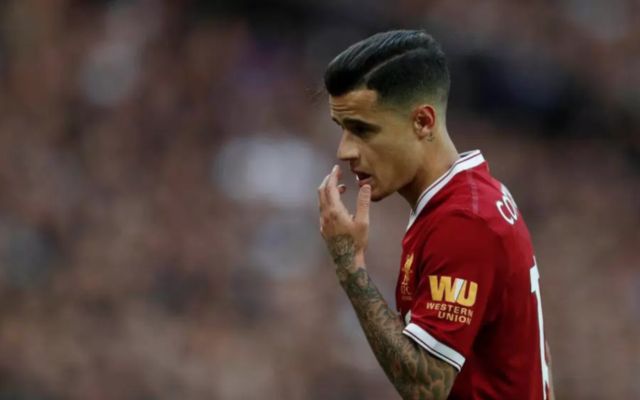 BBC Sport reported of three rejected bids from the Catalan giants by the Reds over the summer, and the Brazil international continues to make sense as a top priority signing for Ernesto Valverde’s side.

Coutinho could be an ideal long-term replacement for Andres Iniesta in Barca’s midfield, whilst also providing an option further forward while Ousmane Dembele is out injured and the club look to fill the void left by Neymar’s departure to PSG in the summer.

Manchester United have been linked several times with Tottenham left-back Danny Rose, and the Daily Star claim the move could cost them £45million.

The England international would solve a problem position at Old Trafford, with Jose Mourinho understandably keen for more options there as he continues to use Ashley Young out of position in that role.

One of the best attacking players in Europe, Alexis Sanchez dominated the back pages for much of the summer but ended up staying at Arsenal.

That could change this winter, however, with Don Balon today claiming that Manchester City believe they’ve got a £44million deal wrapped up for the Chilean this January. 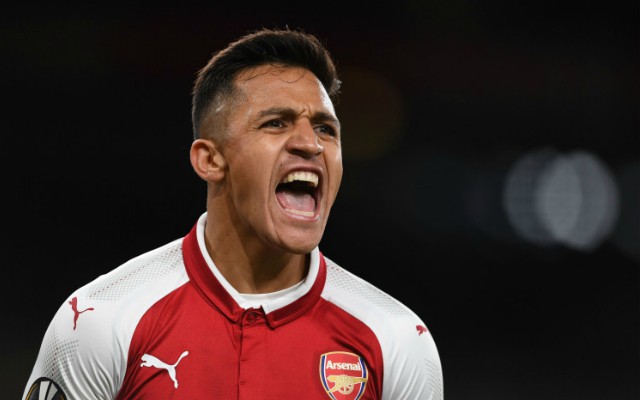 It would be a huge blow for Arsenal to lose Sanchez in the middle of the season, but it makes sense that they’d decide to cash in on him instead of lose him for free when his contract expires next summer.

Out of the first-team picture at Chelsea at the moment, few would be surprised to see David Luiz move on this winter.

According to the Daily Express, Manchester United are among his admirers, while Diario Gol have also suggested the Brazilian has already agreed terms on a loan move to Real Madrid.

Another player who looked set for a move in the summer but stayed put, Southampton’s Virgil van Dijk continues to attract reported interest ahead of the next transfer window.

The Daily Mirror suggest Barcelona could be the latest club to throw their hat into the ring for the Netherlands international, while another report from the Mirror linked Manchester City as contenders.

Southampton manager Mauricio Pellegrino has also opened the door to a move, having responded to questions over Van Dijk earlier this season by saying: ‘I don’t know. I can’t control the market. You never know, because when we talk about money everybody has got a price.’

Heading towards the end of his contract, Mesut Ozil is another big name who could walk out on Arsenal this January if the right offer comes in. 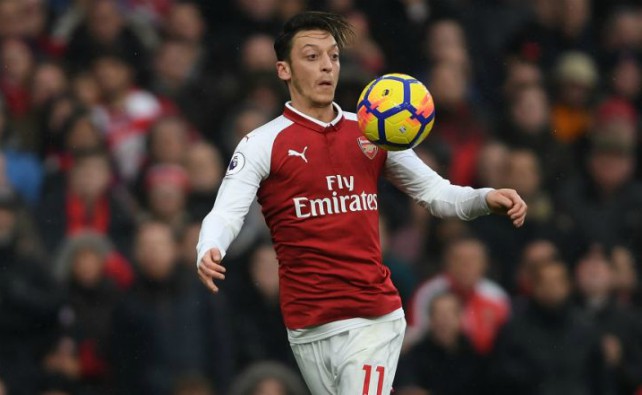 The Gunners won’t want to lose the German on a free, and the Daily Star claim Barcelona are set to try their luck by tempting the north Londoners into a swap deal.

They claim Barca could offer Arda Turan to Arsenal to help sweeten the deal, and that could be an ideal scenario for Arsene Wenger.

Supposedly available for around £20million this winter, Manchester United’s Luke Shaw is another big name who could be on the move in January.

The Daily Telegraph have linked the 22-year-old with a surprise move to one of United’s rivals Arsenal or Chelsea.

The Sun have also linked Newcastle with an interest, but not at that £20m asking price.

The Daily Mirror claim Arsenal could be interested in trying again for West Brom defender Jonny Evans, who looks like he should be playing at a bigger club.

The Baggies are flirting with relegation this season after a poor start, so the Northern Ireland international could do well to get himself to a side like Arsenal.

The Telegraph claim Manchester City could also be interested in Evans. 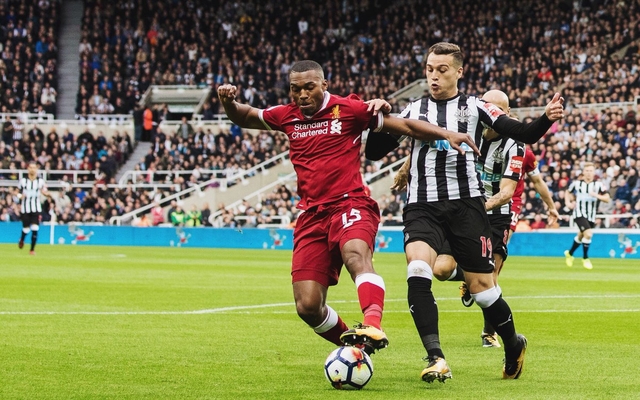 Worried about his England place ahead of next summer’s World Cup, Daniel Sturridge is considering leaving Liverpool in January, according to the Daily Mirror.

At Anfield since 2013, Sturridge has been hampered by numerous bad injuries that have now seen him fall down the pecking order in Jurgen Klopp’s side.

The Sun claim Chelsea and Tottenham are keen on Watford winger Richarlison, who has taken to the Premier League like a duck to water this season.

The 20-year-old Brazilian looks an exciting prospect and it’s little surprise to see that he may not continue at his current club for much longer.