Arsenal transfer target Steven N’Zonzi is only in London to see his son rather than negotiate a transfer, according to Sevilla chairman Jose Castro.

Reports earlier today revealed the French midfielder was in the UK capital, following the Daily Mirror listing the likes of Arsenal as potential suitors for him amid a row with manager Eduardo Berizzo over his role in the team.

Still, it looks like Arsenal fans shouldn’t get too ahead of themselves as Castro explains the real reason N’Zonzi has been given permission to leave the Sevilla camp to travel to London.

‘N’Zonzi’s situation (being dropped) is due to a technical issue with the coaches and, as with all technical issues, he can change it,’ Castro is quoted in Goal.

‘He travelled to London to visit his son with our permission. There aren’t any offers to sign N’Zonzi. I can’t talk about clauses or prices if we don’t have an offer.’ 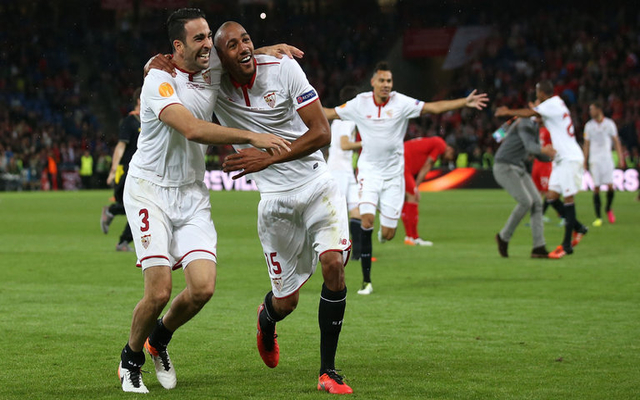 The Gunners could do with strengthening in that defensive midfield role, and N’Zonzi shone as one of the top players in Europe in that position last season.

The 28-year-old also has some experience at Premier League level, playing for the likes of Blackburn and Stoke City earlier in his career before reaching a much higher level with his current club.

Granit Xhaka and Aaron Ramsey haven’t looked convincing as a partnership this season, so the addition of N’Zonzi would certainly be an upgrade for Arsene Wenger.