The France international has struggled to establish himself for the Blues, looking uncertain of his role in midfield in a more defensive role than seems ideal for him.

Conte has alternated between a 3-4-3 and a 3-5-2 formation this season, with much of his side’s attacks coming from the wing-backs instead of central midfield.

Bakayoko impressed for Monaco last season prior to his transfer to Chelsea, but enjoyed a little more freedom in Leonardo Jardim’s incredibly attack-minded side.

The 23-year-old will clearly need to improve in the Premier League, and Lampard admits he’s a little concerned about the way his adaptation at Stamford Bridge has gone so far.

‘Tiemoue Bakayoko will need to raise his game at Chelsea to keep Danny Drinkwater from taking his place on a more regular basis,’ Lampard wrote in the London Evening Standard.

‘At the moment I am looking at Bakayoko and I’m not sure what kind of midfield player he is. 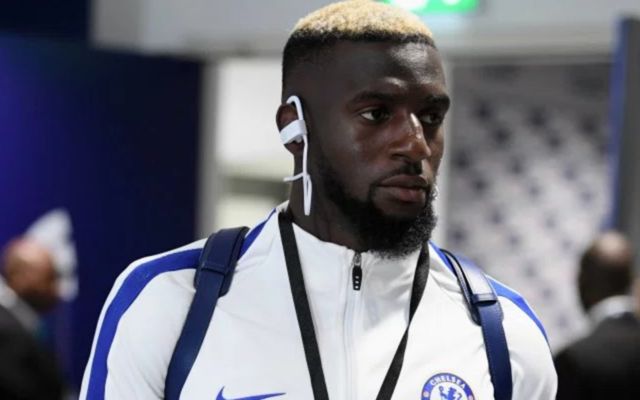 Tiemoue Bakayoko hasn’t made the best of starts at Chelsea

‘I initially thought he could be compared to Yaya Toure, however I don’t see that so much now. The way Chelsea play means he has to be disciplined in midfield, as Conte wants the wing-backs high up the pitch.

‘Then the attacking players are given a bit of freedom, so he is one of two defensive midfielders given real responsibility to win tackles, keep things tight and move the ball quickly. N’Golo Kante does it out of instinct, but Bakayoko is finding it harder.’

Chelsea’s judgement in the transfer market has to be questioned based on this summer, with Bakayoko replacing the rock-solid Nemanja Matic, who has continued to shine in that defensive midfield role for new club Manchester United.

Bakayoko does not look like a like-for-like replacement at all based on his performances so far, and Lampard may be right to be concerned about his future at Chelsea.