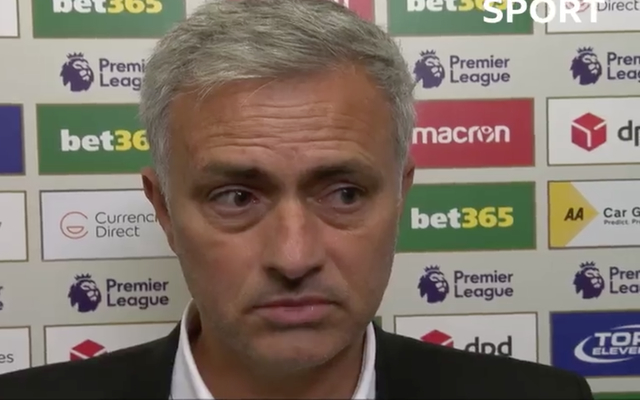 Manchester United manager Jose Mourinho does not believe his side are serious contenders to win the Champions League this season.

In a surprise admission after tonight’s game at Old Trafford, in which United won their group by beating CSKA Moscow 2-1, Mourinho sounded pessimistic about his team’s hopes against the rest of Europe’s elite.

United look likely to come up against a difficult side in the last 16, but Mourinho has won the trophy twice before in his career and has an expensively-assembled and exciting squad at his disposal.

MOURINHO: – We are not candidates [to win the UCL], far from it.

The Red Devils also have pedigree in this competition with three wins in their history, but Mourinho feels they are currently a long way off the required level to lift the trophy again.

‘Let’s see. We are not candidates, far from it,’ Mourinho said.

‘There are very powerful teams, there are teams with great experience at this level, but let’s see how it goes.’