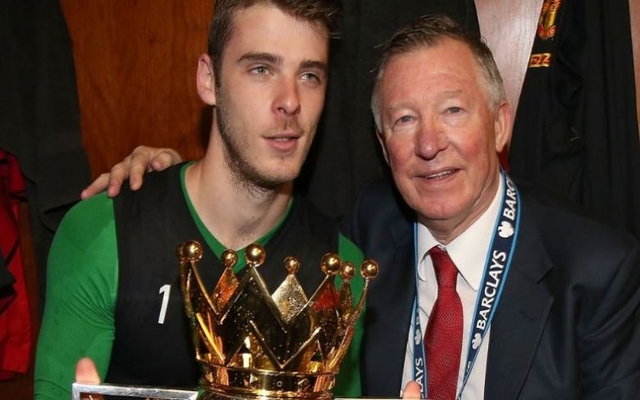 Given the form he’s been in consistently for so long now, it’s no wonder that Man Utd goalkeeper David de Gea is receiving praise from all angles.

Phil Neville is the latest to join the party, as the former United man has labelled the Spaniard as ‘one of Sir Alex Ferguson’s best signings’.

It’s difficult to disagree with him, as aside from the fact that the former Atletico Madrid shot-stopper is producing one world-class performance after another, the way he has developed and improved since he first arrived at Old Trafford in 2011 has been remarkable.

The 28-year-old made 39 appearances in his first campaign at Man Utd, but only 29 of those came in the league as Ferguson rotated him in and out of the team with question marks hanging over him, specifically his ability to deal with commanding his area.

De Gea has come a long way since then, and while Neville was hesitant to rate him above Peter Schmeichel as the best goalkeeper he’s played alongside or been involved in a team with, it’s becoming increasingly difficult to argue against it.

However, of course, the only thing missing now is more trophies, and he’ll want to continue to add to the haul that Man Utd had last season with either the Premier League or Champions League this season. He’s not done too badly already, picking up the league title in 2013, along with the Europa League trophy last year.

High praise for the #MUFC number 1 from @Fizzer18…. but does he rate him more highly than Peter Schmeichel? pic.twitter.com/xlUIHiVdkt