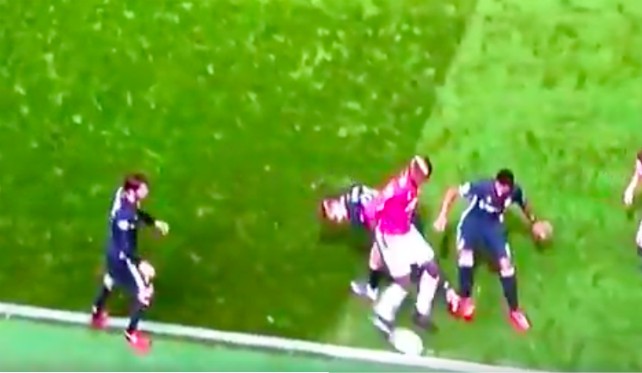 The Red Devils came from behind to ensure they won their group, with Pogba putting in a man-of-the-match performance at Old Trafford against the Russian giants.

As well as picking up a beautiful assist for the Romelu Lukaku goal, Pogba managed to dance his way past three CSKA players with one superb trick near the touchline late on.

How Pogba managed this is beyond pretty much everyone watching, including the poor players left embarrassed by his wonderful footwork.