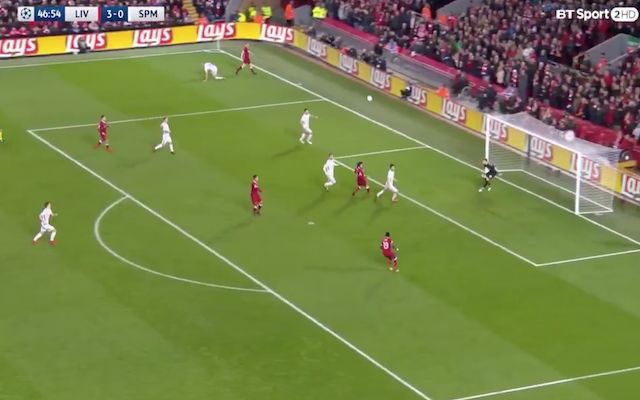 Mane’s effort was the pick of the bunch as Jurgen Klopp’s men unleashed an onslaught on the visiting Russians.

Roberto Firmino also added a goal on the 18th minute allowing the Reds to go in at half-time 3-0 up.

Mane added a fourth on the 47th minute and raised all the Liverpool fans in the stadium to their feet.

James Milner collected the ball on the left-flank before providing an exquisite first touch to pull the ball back from the backline to the edge of the box.

The Senegal international arrived late into the box and without even allowing the ball to bounce he improvised a superb scissor kick past the Spartak ‘keeper.

Watch the goal below…

Ohhh that is special! ?

Fans were understandably more than impressed by the effort…

Mane goal was a banger.