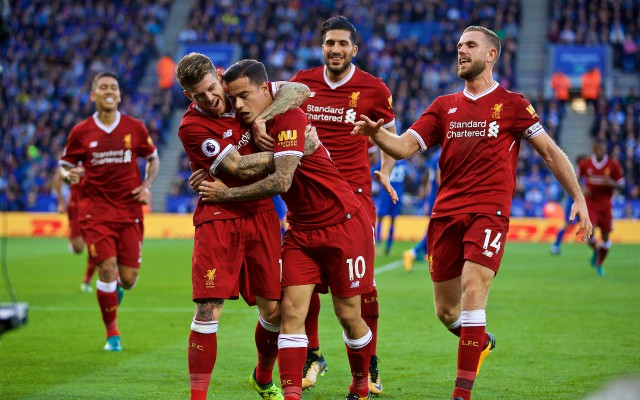 Liverpool midfielder Emre Can is reportedly emerging as a transfer target for Real Madrid as Zinedine Zidane enters the market for a new defensive midfield player.

The Germany international has shone for the Reds this season, becoming one of their most important players with some commanding displays in the middle of the park.

Juventus have been linked strongly with Can, but Real Madrid are now ready to join the running, according to Corriere dello Sport, translated by the Daily Mirror.

Can looks a player ready to make the step up to the next level, but his departure as he enters the peak years of his career looks like being a huge blow for Jurgen Klopp.

The 23-year-old could be one of the top players in Europe in his position for many years to come, though some reports from Don Balon claiming Klopp is already looking for potential replacements in that position.

Liverpool are reported by Don Balon to be asking for Sergi Roberto in exchange if they are to sell Philippe Coutinho to Barcelona.

While not quite the same level of player, Roberto could go some way to filling that gap left in midfield by Can’s departure, while the Merseyside giants luckily already have a deal wrapped up for Naby Keita next season, according to BBC Sport.