While Arsenal were busy running riot at the Emirates on Thursday night, Hector Bellerin decided to poke some fun at one of his teammates.

The Gunners picked up an impressive 6-0 win over BATE Borisov in the Europa League to end the group stage with a comprehensive victory, with goals from Mathieu Debuchy, Theo Walcott, Jack Wilshere, Olivier Giroud and Mohamed Elneny.

With top spot in the group already secured, and has been the case throughout the competition thus far, Arsene Wenger took the opportunity to rest key players, with a couple of them sat in the stands at the Emirates to watch and see how their teammates got on.

Bellerin was in attendance, as was striker Alexandre Lacazette, who was unfortunately caught out on an Instagram video, as seen in the image below.

The Frenchman cut a lonely figure as he was sat by himself and looking on his phone, with Bellerin unable to miss the opportunity to have a little fun with the caption: “Where are your friends bro?”

Lacazette won’t mind too much as the 26-year-old will look to add to his tally of eight goals in 15 Premier League games this season when Arsenal face Southampton this weekend. It might be helpful if Bellerin could provide an assist or two to go along with his off-the-field antics! 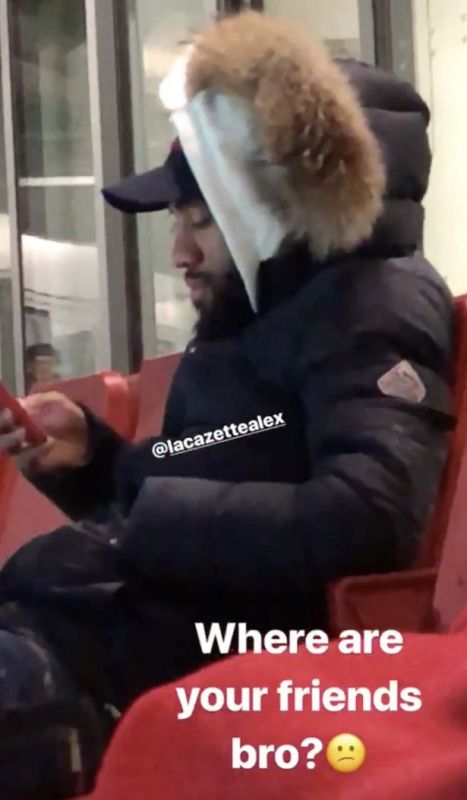