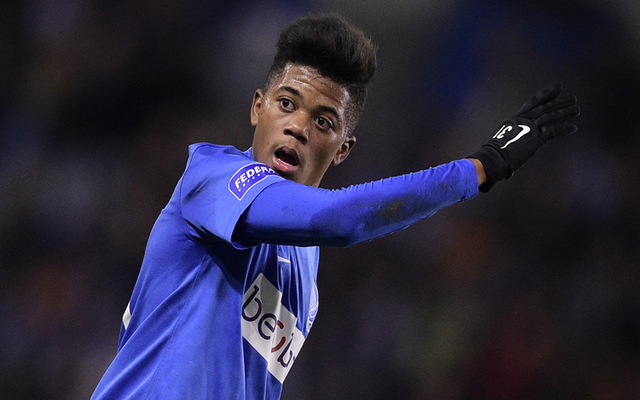 Chelsea are desperately trying to claw their way back into the Premier League title race to defend their crown, and January reinforcements could help.

The Blues trail leaders Man City by 11 points ahead of the Manchester derby this weekend, and so Antonio Conte’s men certainly have their work cut out for them.

Nevertheless, they will continue to push for as long as possible, and any new arrivals in January will undoubtedly give them a boost in their bid to land major silverware again this season.

According to The Sun, Bayer Leverkusen youngster Leon Bailey could be a £20m target in the New Year, with Chelsea said to have sent scouts to watch him three times, although Barcelona may well have a say in the matter as they also hold an interest in the 20-year-old.

Although it’s suggested Chelsea could loan him straight back to Leverkusen, it’s debatable whether or not it’s a smart move for the youngster at this stage of his career.

With five goals and two assists in 12 appearances so far this season, he’s enjoying much-needed playing time in Germany to develop and improve his game.

In contrast, given Chelsea’s reputation of loaning out their young players and failing to give them enough opportunities at Stamford Bridge as we’ve seen on countless occasions, it could be a risky move from Bailey to potentially be stuck in their loan system and never flourish for the senior side.

The risk also applies to the Blues too though, as that’s a lot of money for a young player who has yet to prove his quality at the highest level, and so there is seemingly a lot standing in the way of a possible transfer although time will tell if he opts to move to England in January.