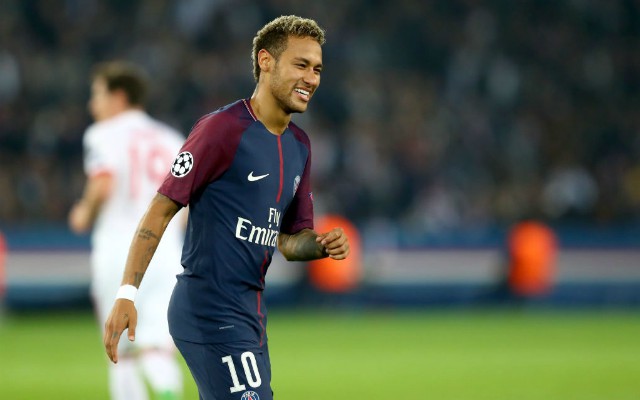 While some may prefer a more discreet approach, Real Madrid president Florentino Perez has made it pretty clear he would like to see Neymar at the club.

After the Ballon d’Or 2017 was awarded to Cristiano Ronaldo on Thursday night, Neymar came in third place behind the Portuguese star and Lionel Messi.

It comes after his €222m move to Paris Saint-Germain, as per BBC Sport, where the 25-year-old has scored 15 goals and provided 11 assists in just 18 games in all competitions.

The question remains though, will it be enough if he were to win the Ligue 1 title and perhaps the Champions League next year to usurp both Ronaldo and Messi for the top award?

Perez isn’t convinced he can get it done in the French capital, and has seemingly left a very public open invitation for him to move to the Bernabeu in order to boost his chances.

“Neymar was third today in the voting. Other new names could also emerge. But I see it difficult for him to reach the level of Cristiano, honestly. Being at Madrid would make it easier for Neymar to win it. Madrid is a club which gives that which every great player needs,” he is quoted as saying by ESPN.

If that is high on the Brazilian’s to-do list then perhaps he may consider it further down the line, but having just moved to France, he’ll surely want to make a success of his spell there and go far as possible before considering a move elsewhere.

It remains to be seen how such a decision would be received by his former club Barcelona, as having just sold him this past summer, they won’t be impressed seeing him join their bitter rivals. Further, having escaped from the shadow of Messi at the Nou Camp, Ronaldo’s would loom large over him at Madrid if a move materialised sooner rather than later.