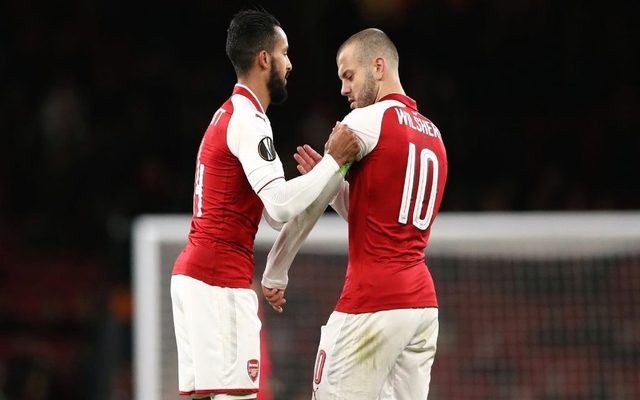 It’s fair to say that Jack Wilshere receiving the captain’s armband on Thursday night was a big moment for many Arsenal fans based on the reaction below.

Having been with the club since 2001, coming through the youth ranks to be a senior star, the 25-year-old is unsurprisingly held in high regard by the supporters.

However, they face the sight of seeing him leave the club at the end of the season as his current contract is set to expire, with time running out to agree on a renewal.

While that will hopefully be sorted between now and the summer, Arsenal supporters for the most part reacted with delight over the sight of seeing Wilshere receive the captain’s armband during the 6-0 rout over BATE Borisov in the Europa League on Thursday night.

The England international scored in the win too to end a long goal-drought, while he continues to impress in that competition as he pushes for a place in the starting line-up on a more regular basis having failed to make a breakthrough in terms of league duty so far this season.

With impressive displays, the captain’s armband on and praise from Arsene Wenger after the game, it surely all points towards a renewal before the end of the season. That is what these supporters are hoping for…

Jack Wilshere is currently wearing the captain’s arm band…
That looks so right!

Jack Wilshere taking the captain’s armband is so satisfying

Jack Wilshere, Arsenal Captain. It does have a ring to it.

WILSHERE AS CAPTAIN OMG MY HEART ?? EVERYTHING IVE EVER WANTED FOR JACK ?