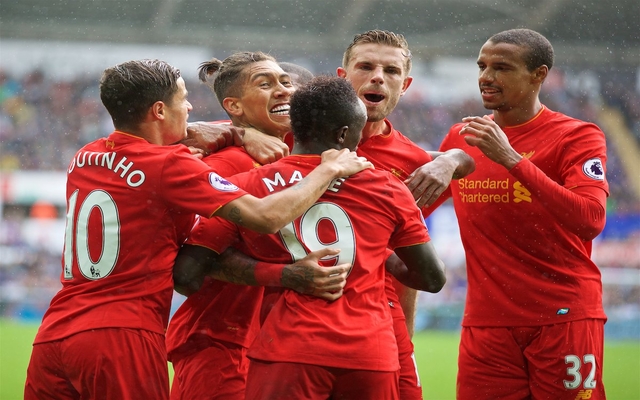 The 27-year-old was rested in midweek for the Champions League win over Spartak Moscow, although it remains to be seen whether or not he returns for the Merseyside derby this weekend.

Given how impressive Liverpool were in that victory, Klopp could be tempted to stick with the same group, but he has provided a stern reply amid suggestions that Henderson could be slipping down the pecking order at Anfield.

“I made the decision for last week and I only spoke about because I knew people will find out so make a s**t story about out of it. They are s**t stories, I cannot change that, tell me another word for it,” he said in his press conference on Friday, as per Sky Sports.

“He’s such an important player for us so I don’t get why I have to say that. Being the skipper of Liverpool is the hardest job in world football because the man that came before him is Steven Gerrard.”

Evidently, the England international has a big role to play for the Liverpool boss, as he’s already made 20 appearances in all competitions this season, featuring for a full 90 minutes in almost all of those outings and so a rest was due.

Interestingly though, Klopp does make a great point about filling the boots of Gerrard always making this a much more difficult task for Henderson. It can be argued that he has disappointed on an individual basis taking his performances in isolation, but it’s made worse given the high standards set by his predecessor.

Given the tone of Klopp’s response, it would come as no surprise if Henderson does indeed line up against Everton and the midweek decision proves to be nothing more than a chance to rest him. However, the pressure is on the player himself to back up that faith from the manager.